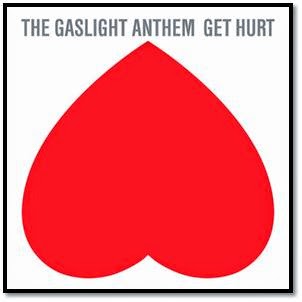 New Jersey alt-rockers The Gaslight Anthem return with a new album, Get Hurt, on Aug. 19 through Island Records. It was produced by Mike Crossey (The 1975, Arctic Monkeys, Jake Bugg).
Their 2012 album Handwritten charted in the Top 10 across Europe and America, with the band playing Wembley Stadium, Glastonbury and Coachella.

Fans will get a first taste of Get Hurt today with the release of a minute-long promo video clip featuring the new song "Stay Vicious," filmed by Joey Maloney while they were recording in Nashville: http://idj.to/1l9W3FM

The Gaslight Anthem has also confirmed a North American tour. The complete list of dates is below. More will be announced soon.