The Year in Music

Here are my picks... 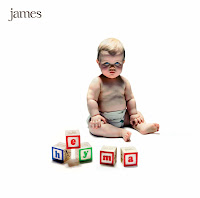 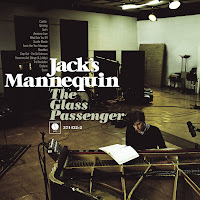 5. Kings of Leon, “Only By the Night” (RCA) – Caleb Followill found a confident voice and his kin proceeded to blow the Southern rock label out of the water. More ambitious than before, their atmospheric, ominous and sensual tunes truly mesmerized for the first time ever.

8. Teddy Thompson, “A Piece of What You Need” (Verve Forecast) – More upbeat and than its predecessors, the fourth effort from Richard & Linda’s singer/songwriter son is a charmer, using Roy Orbison and Neil Finn as touchstones on engaging smart pop and folk-tinged numbers.

9. The Cure, “4:13 Dream” (Suretone/Geffen) – From Robert Smith’s trademark mewling and creepy, psychedelic guitar work (welcome back Porl Thompson) to dark and breezy love songs, it doesn’t get much better on the veteran band’s 13th disc.

BEST OF THE REST 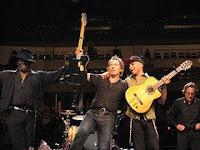 1. Bruce Springsteen & the E St. Band, Honda Center/Anaheim (April-show #2)-Not only was "Magic" the album they were promoting, it was what still happens onstage after decades together. As usual, show #2 was more relaxed. Watching The Boss duet with Rage Against the Machine's Tom Morello on "Ghost of Tom Joad" two nights in a row was mind-blowing. The "Meeting Across the River/Jungleland/Born to Run" triptych was icing on the cake.
2. James, House of Blues Downtown Disney/Anaheim (October)-Seven guys crammed on a stage making a beautiful noise, with a LED backdrop like the nighttime sky, shadowy light and whirling dervish/shaman vocalist Tim Booth keeping the sold out crowd riveted.
3. Kings of Leon, We Are Scientists, The Stills, Nokia Theatre/L.A. (October)-All killer, no filler on this night of electrifying performances.
4. Yaz, Pacific Amphitheatre at the OC Fair/Costa Mesa (July)-How great it was to see Alison Moyet & Vince Clarke taking care of some unfinished business after only a handful of live dates in 1982-83. Moyet can still belt out those dancefloor classics.
5. Kraftwerk, Carbon Silicon, Coachella Festival, Empire Polo Grounds/Indio (April-Day#2)-I got the full audio-visual experience from the German techno pioneers (and learned some German). Earlier in the day, it was a blast to watch Mick Jones of The Clash and his new band have an equally fun time.
6. George Michael, Honda Center (June)-While the show wasn't wall to wall hits, there were enough in the set to confirm the former Wham! singer is one of the best soul men around.
7. Jack's Mannequin, House of Blues Downtown Disney (November)-Always a joyous and moving experience to watch the energetic Andrew McMahon pound the ivories.
8. Siouxsie Sioux, House of Blues Downtown Disney (Feb.)-Spellbound? Yes indeed.
9. Nada Surf, Glass House/Pomona (March)-The quiet introspection, shimmering melodies and heartfelt sentiments came across wonderfully in this packed gig.
10. Lindsey Buckingham, Grove of Anaheim (Sept.)-Fleetwood Mac's most successful guitarist strutted his virtuoso tendencies while fans thought, 'we're not worthy.'
Posted by newwavegeo at 2:21 PM 1 comment: