Like Totally Festival in Orange County, Calif. on sale now 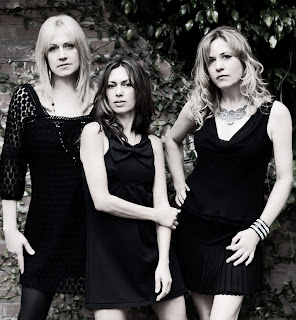 One of the "can't miss" festivals in Southern California this spring is the Like Totally Festival, which happens at Huntington State Beach on May 11.

"What better way to kick-off Mother’s Day Weekend than to spend it on Huntington State Beach with your favorite '80s bands," said festival producer Scott Tucker in a statement. "Bring the whole family - meet with friends, sing, dance and grab some sunshine for a rad time. We love kids too, so we made kids 10 and under free. We want to expose them to the great music their parents grew up with - it just may be their last chance."

Former deejays from The World Famous KROQ/106.7 FM, such as Richard Blade, Jed the Fish and Freddie Snakeskin will host the event, along with Rockin’ Fig (he used to do the KROQ Beach Report for the morning show) and Jimmy Alvarez.

Ticket prices are $65 general admission, $150 VIP. For more information on the event or VIP Cabana group packages, visit LikeTotallyFestival.com/tickets.
Posted by newwavegeo at 6:55 AM