An interview with Melissa Manchester 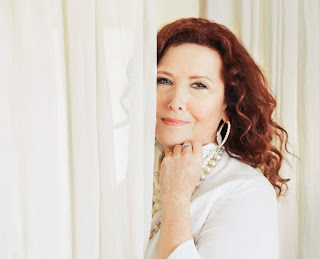 Cherished classics from The Great American Songbook should make for a splendid program when Melissa Manchester performs with the San Bernardino Symphony in Southern California on March 16.

The concert features the orchestra playing such Gershwin works as “Rhapsody in Blue” and “Porgy and Bess.” Then the Grammy-winning vocalist spotlights her 2017 studio album “The Fellas” and 1970s adult contemporary hits like “Midnight Blue,” “Don’t Cry Out Loud” and “Through the Eyes of Love.”

“To play with a symphony is always a thrill for me,” said Manchester, in a recent phone interview. “I grew up with [that] music. My father was a musician with the Metropolitan Opera.”

Putting an orchestral spin on her popular singles makes them “fully realized, because there’s nothing synthetic about it. You’re playing with a stage full of hot-blooded human beings who are bringing it, you know? To be surrounded by so much grandeur is my idea of a really hot date,” Manchester mused.

“The Fellas” was recorded at Citrus College in Glendora, Calif. with the Blue Note Orchestra, which comprises students, faculty and alumni from the school where Manchester is honorary artist-in-residence. The swing and jazz-oriented songs celebrate Frank Sinatra, Dean Martin, Tony Bennett, Nat King Cole, Johnny Mathis and others.

Narrowing down old favorites “was a jolly challenge,” she said. “I had a long list of fantastic male singers that I had loved growing up and wanted to pay homage to. The ones that rose to the top had something indelible about them.” Luxurious takes on “Smile,” “Chances Are” and “They Say It’s Wonderful” definitely fit the bill.

"If I’d had a larger budget, I’d have done even more [covers], but it was all through the gift of the school," Manchester explained. "I was delighted to have all these different colleagues arrange them and the student orchestra play on them. They were spectacularly trained. It’s a true apprenticeship. These are students who are sitting next to alumni who are sitting next to professors. Everybody is rising to the top. It’s beautiful." 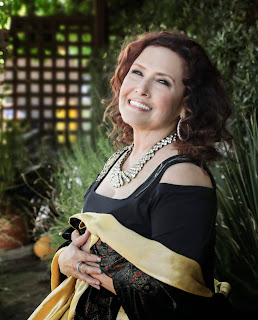 Manchester chose “How Do You Keep the Music Playing,” written by her "dear friends" Marilyn and Alan Bergman and Michel Legrand, because it is “a masterpiece.”

The track was once a hit single for James Ingram, who recently passed away. Both vocalists had previously toured and recorded together. “His vocal style was classic in terms of being a soulful crooner.”

On "The Fellas" album, the dramatic vocal ending is quite memorable. "I had to reinterpret what Tony Bennett did," said Manchester.

Barry Manilow, a big music education supporter, actually recorded and filmed “The Fellas” duet “For Me and My Gal” - a fun nod to Gene Kelly and Judy Garland’s 1942 musical film theme song – at the school.

What was it like to reunite with an old friend who helped provide an early career boost?

"It was thrilling for him to come and record at Citrus College because musical education saved his life," Manchester recalled. "This little community college has a state-of-the-art music department and makes room for anyone, whether you’ve had a musical instrument in your hand or not, and they find a place for you and not only teach you about music training, but about life. He was so impressed and was really taken by the place. It was thrilling to have him agree to sing the only duet on the album."

The session involved plenty of laughter.

“We have to work very hard to shut up and start singing because we just love each other so much.”

Longtime Manchester enthusiasts might be interested in the new reissue of the artist's synth pop-leaning 1985 album "Mathematics: The MCA Years." The spirited double disc set - out on CD for the first time via Real Gone Music/Second Disc Records - was remastered and features previously unreleased tracks, dance and dub mixes, soundtrack selections ("The Promise," "Out of Africa," "The Last Starfighter"), detailed liner notes, an interview and more. 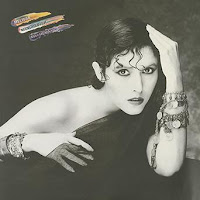 Right in line with what people like Tina Turner, The Pointer Sisters and Sheena Easton were doing at the time, "Mathematics" Disc One standouts include the fierce "Energy," a peppy "All Tied Up," a sprightly and optimistic "The Dream" and lush pop ballad "Just One Lifetime." The latter was famously recorded (with revised lyrics) by Barbra Streisand on her 1999 album "A Love Like Ours" and sung at her wedding to James Brolin.

Disc Two boasts the sultry "Skin on Skin" (later recorded by Prince protege Vanity), a hopeful "Just One Star Beyond" (harking back to Manchester's '70s work) and romantic Al Jarreau duet "The Music of Goodbye" (a top 20 adult contemporary radio hit in '86).

Last fall, Manchester released the elegant, socially-conscious ballad “A Better Rainbow,” which references "The Wizard of Oz" and was meant as a salve for the divisive modern climate.

"You never know where songs come from. It’s a very mysterious vapor that fills you and you have to sort of capture it once it’s there because it doesn’t linger for too long," Manchester explained, about her process.

"I have found that it is meaningful for these times and it is remarkable how people lean in to hear the song. I think people, in spite of these divisive times, are looking to be reminded of what unites us. It’s really quite simple what unites us. So, it’s touching that song can be so meaningful to so many."

Another new tune, "We are the Fire," was "inspired by some of the remarkable students at Marjorie Stoneman after the massacre a year ago on Valentine’s Day." Manchester wrote it after participating in the Los Angeles March for Our Lives, the national student-led protest demonstration against gun violence.

In February, Manchester did a run of concert dates in Florida and was joined by members of the Marjorie Stoneman Douglas High School chorus during a show.

With the help of some friends, "I got the song to the [high school] music director and he played it for the students...it’s going to be used in a PBS special called 'Beyond Parkland.' That’s airing in Florida [first], then it’ll go national. In order to do that, we had several of the kids singing on it. I brought them as guests onstage to one of the concerts. It was really thrilling. Everybody gave the most sustained standing ovation."

On a lighter note, Manchester collaborated with Rupert Holmes and Sharon Vaughn for the new musical "Sweet Potato Queens," which opens this month in Jackson, Miss. It was based on the popular book series by Jill Conner Browne.

She is "thrilled and really excited" that the musical debut is in the same place as the books' locale. "I’m hoping that it will lead to many more productions" and eventually can run nationally. Manchester described "Sweet Potato Queens" as a "very jolly show and extremely colorful...it’s so over the top, wise and wickedly funny."

A different version of this feature originally ran in the Riverside Press Enterprise newspaper at www.pe.com.
Posted by newwavegeo at 1:02 PM