The latest news on One Direction, Bryan Ferry, Damien Rice 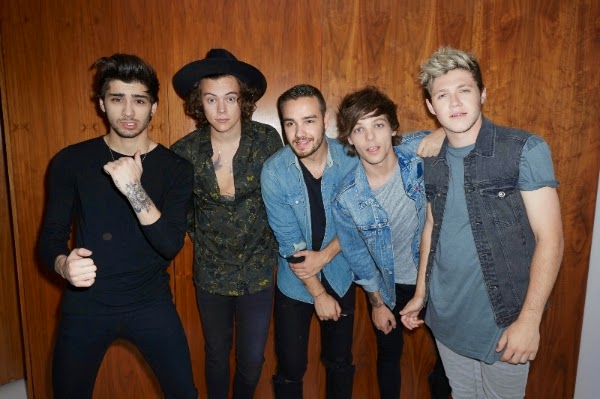 One Direction continues to “take over” NBCUniversal this week in conjunction with the new album Four.

The group just did live performances on the Today show and Un Nuevo Dia that originated from Universal Orlando Resort’s CityWalk and the Universal Studios Florida Music Plaza stage.

Exclusive interviews and news about ID's new album will also be featured on “Access Hollywood” and “E! News.” For the first time, a “1D” holiday special is set to air Dec. 23 at 8 p.m. ET on NBC.


After his 2012 sonic detour The Jazz Age with orchestra and a significant contribution to Baz Luhrmann’s film The Great Gatsby, Ferry returns to the present day with a eight new compositions and two covers.

Special guests Johnny Marr, Nile Rodgers and Marcus Miller are featured throughout the album, together with Flea, Ronnie Spector, Mark Knopfler and Maceo Parker. It was produced by  Ferry and Rhett Davies.

The first single is “Loop De Li.” Among the two covers are Sondheim’s “Send In The Clowns” and Robert Palmer's “Johnny and Mary” - a collaboration with the Norwegian DJ and producer Todd Terje.

Damien Rice is set to embark on a nationwide tour this spring—his largest U.S. run in nearly a decade. A limited number of advance tickets will be available to mailing list subscribers via damienrice.com.
A 48-hour pre-sale window will begin on begin Wednesday, Nov. 19 at 10 a.m. local time and general on-sale will begin Friday, Nov. 21 at 10 a.m. local time. See below for details.

My Favourite Faded Fantasy, the new album from Rice, was produced by Rick Rubin and the artist and is now available. It debuted at #1 in Ireland, #2 in Holland, #3 in Belgium, #7 in the U.K. Rice also performed the album’s single “I Don’t Want to Change You” on “The Late Show with David Letterman”: http://bit.ly/14Ein4a.