A version of my review originally appeared at ocregister.com. 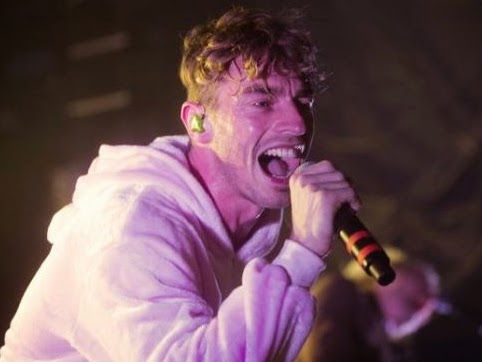 Wearing a heavy Halloween costume to work isn’t always such a good idea - especially when your regular duties cause major perspiration. Halfway through New Politics’ energized 75-minute show at a sold out House of Blues Anaheim, Søren Hansen came to that realization.
“This was the worst idea we’ve ever had,” admitted the guitarist/singer with a laugh. Still, the band managed to persevere in furry animal outfits.
The Danish pop punk trio (now based in Brooklyn), mixes dance elements and rap cadences together for a heady brew. So far, it has notched five hits on alternative rock radio, including KROQ/106.7 FM.
Friday night, few young concertgoers dressed up (more people did outside around Downtown Disney). Though not Halloween-related, a teenage couple inside the sweaty club sported matching homemade t-shirts that read “Old Politics - The Bill of Rights” with a scrawl of words below.
During the 19-song set, New Politics performed everything from 2013’s infectious “A Bad Girl in Harlem” and much of the 2010 predecessor. Starting with effervescent top 20 single “Tonight You’re Perfect,” fans immediately got into super excitable mode.
David Boyd (pictured above) was quite a firebrand onstage. The wiry lead singer delivered all the irreverent lyrics with abandon, displayed some breakdancing moves, writhed around the floor, did a backflip and even stood on his head.
Among the many highlights: a frantic “Just Like Me,” intense new rocker “Loyalties Among Thieves” (off “Vikings,” due in February through Pete Wentz of Fall Out Boy’s label DCD2), acoustic ballad “Overcome,” a racing “Berlin,” the high harmonies on “Give Me Hope,” perfectly fitting cover of Beastie Boys’ “Sabotage” and quietly yearning “Stuck on You,” where Hansen played piano.Then he used a ukulele on the relaxed “Fall Into These Arms.”
Taking the title to heart, Boyd had fans prop him up as he sang and crowd surfed. The trio concluded with insanely catchy cheerleading tune “Harlem.” 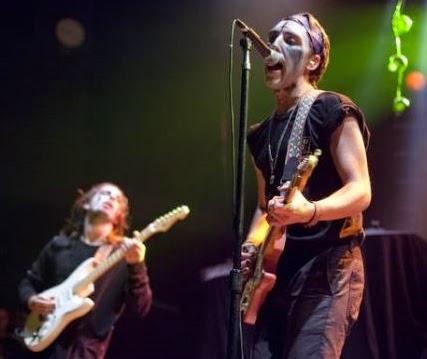 Bad Suns recalled Phoenix, Local Natives and a sunnier 311 during an effectively sleek opening 40-minute set.
The LA group’s faces were all painted or masked. They had plenty of young girls screaming for Christo Bowman.
Still, the front man impressed with crystalline vocals and plangent guitar effects (in tandem with Ray Libby). Songs from enticing 2014 album “Language & Perspective” like “Salt,” “Transpose” and the hit “Cardiac Arrest” stood out most.
First up in OC was SomeKindaWonderful. The Cleveland band deftly weaves retro soul, rock and rap-styled threads on its new eponymous debut. In a live setting, the quintet was equally compelling. Clad in masks and attached butterfly wings like the album logo, singers Jordy Towers and Sarah Dryer definitely drew heat and the crowd’s attention for the entire 25-minute set. The intense drama of “Reverse,” a searing “Police” and Dixieland-styled capper “Burn for Me” fared best. 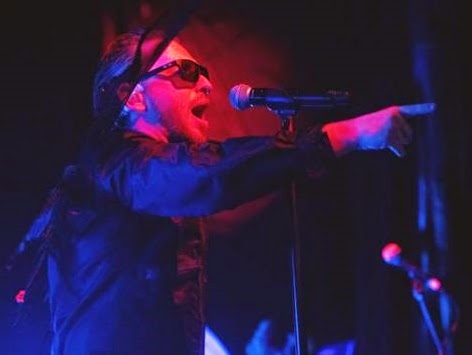 Photos by Drew A. Kelley
Posted by newwavegeo at 4:46 PM