The Bangles, Colbie Caillat to be honored at NAMM '15 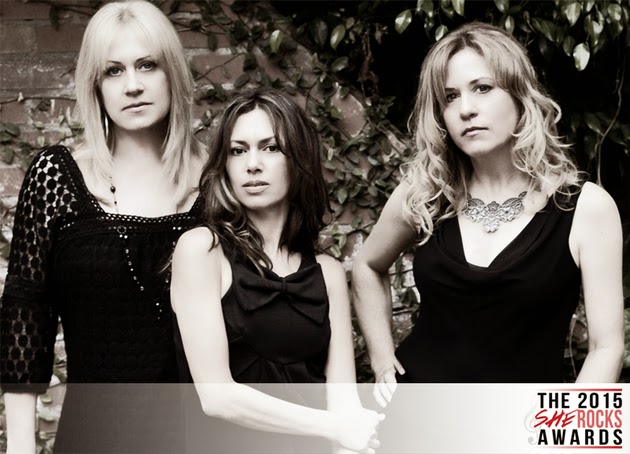 The Women’s International Music Network (the WiMN) will honor The Bangles as part of the 2015 She Rocks Awards.

Recognizing women who stand out as role models in the music industry, the live awards event takes place on Jan. 23, 2015 at the Anaheim Hilton Hotel during the NAMM Show.

Formed over 30 years ago by Susanna Hoffs and Vicki Peterson and drummer Debbi Peterson in a Brentwood, California garage, the Bangles were the first all-female band to chart at Billboard's #1 for four weeks in a row. The band has been synonymous with hits like “Walk Like an Egyptian,” “Manic Monday,” “Hazy Shade of Winter,” “Eternal Flame,” and more.

Reunited in 1999, the Bangles will be featured in a special tribute during the event as they celebrate the 30th anniversary of their first major label release, All Over the Place. “The She Rocks Awards shines a light on unique women working in every facet of the music industry,” commented guitarist Vicki Peterson. “We’re really honored to be a part of this year’s event.”

In addition, Colbie Caillat will be honored with a Video of the Year award for her song “Try."

Caillat has sold over six million albums and ten million singles worldwide. Her breakthrough hit "Bubbly" remains one of the best-selling digital tracks in history and her multi-platinum debut COCO hit #5 on the Billboard Top 200 Albums chart upon release, while her sophomore set Breakthrough landed at #1.

From 2011's All of You, "Brighter Than The Sun" went platinum and enjoyed over twenty film and television placements. She's also played sold out venues everywhere alongside iconic artists from John Mayer to Sheryl Crow. Beyond music, she's an avowed spokesperson and supporter for ASPCA, the Surfrider Foundation, Save The Music, Farm Sanctuary, and The Humane Society of the United States.

Most recently, Caillat released her fourth studio album Gypsy Heart, which features her hit single "Try." Co-written by legendary producer and singer-songwriter, Babyface, "Try" has become one of the biggest performing songs featured as iTunes "Single Of The Week." What's more, the companion video for the song has become an online phenomenon, quickly amassing 30 million views.

“The first time I watched Colbie Caillat’s video for ‘Try,’ I was moved to tears. It is such a special video, and very empowering both visually and lyrically. I am delighted and proud to honor her with a She Rocks Award,” commented Laura B. Whitmore, founder of the Women’s International Music Network.

The 2015 She Rocks Awards will be co-hosted by platinum-selling guitarist and solo artist Orianthi and the Women’s International Music Network founder and writer/editor Whitmore. Now in its third year, the She Rocks Awards pays tribute to women who display leadership and stand out within the music industry, and has become a standard at the NAMM Show.

The WiMN will honor saxophonist, singer and songwriter Mindi Abair as a 2015 She Rocks Award winner. Her latest album Wild Heart debuted at #1 on the Billboard Jazz and Contemporary Jazz chart. Abair was a featured saxophonist on the Late Show with David Letterman and American Idol, and has toured with Aerosmith.

She Rocks Awards will take place on Jan. 23, 2015 from 6-8:30pm in the Pacific Ballroom at the Anaheim Hilton Hotel. Tickets on sale now. A NAMM badge is not required to attend the She Rocks Awards.

For information regarding She Rocks Awards sponsorship opportunities, contact info@thewimn.com.