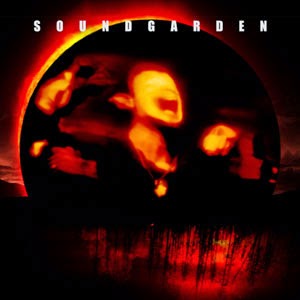 With Soundgarden performing live in Southern California over the next several days (see dates below), it’s a good time to discuss the recent 20th Anniversary deluxe reissue of the band’s Superunknown album, which appeared in stores earlier this summer via UME/A&M.

Back in 1992, after the Seattle rock band had completed a stint at the Lollapalooza Festival (then a cross-country tour in America), it started work on what would become Superunknown. Michael Beinhorn, who had previously helmed hit albums for Red Hot Chili Peppers and Soul Asylum, signed on to co-produce the sessions.

A grunge music pioneer alongside Nirvana, Pearl Jam and Alice in Chains, Soundgarden spent more time making the album than their previous three efforts. The musicians allowed some freedom to experiment and the powerful results were evident in what guitarist Kim Thayil once called their “Sabbath influenced punk.” Unusual time signatures and alternate tunings were prevalent amid the 15 songs, which clocked in at 70 minutes.

Released in March of ‘94, Superunknown was a massive success, dominated mainstream and alternative rock radio stations (like KROQ/106.7 FM in Los Angeles) for much of the next couple years and spawned five top 20 hits on the former’s genre chart. The songs won Grammys; the album debuted at No. 1 on the Billboard 200 and went multi-platinum.

Listening to the fine new 2CD remastered version today (details on the five disc Super Deluxe package can be found elsewhere on this blog) is a solid reminder of what a heavy-hitting force the band was – and continues to be - today.

For starters, the booklet’s gauzy artwork is captivating. Each song’s lyrics are printed with a different image revolving around natural elements. Band photos are by Kevin Westenberg. Yet another reason why physical CD packages remain important to many music buyers.

Singer Chris Cornell’s wailing words of alienation and despair, paired with Thayil’s assaultive, yet often finessed guitar work, Matt Cameron’s dominant rhythms and backing vocals and Ben Shepherd’s prominent bass and vocals made for one of the 1990s most memorable rock albums.

Disc One is highlighted by the keening grunge guitar sway of “My Wave” (it’s great to hear the full 5:13 version again instead of the radio edit emblazoned on the brain); the slow burn “Fell on Black Days,” with its psychedelic flourishes and Cornell’s raspy vocals going full boil; the Led Zeppelin-esque title track, containing a more complex sound and fiery Thayil solo; No. 1 Mainstream rock radio hit “Black Hole Sun,” with a trippy allure (subtle nuances are more evident in the sound mix now); the hard-edged crunch of “Spoonman,” with prominent percussion and Thayil’s intense solo at the fore, not to mention Cameron’s banging of pots and pans and rattling spoons more audible in the full version; “Like Suicide,” the longest song at 7 minutes, is also the moodiest and contains a stinging Thayil solo. Original international album bonus cut “She Likes Surprises” is notable for its needling riff.

Disc Two comprises demos, rehearsals, B-sides and remixes and is primarily of interest to diehard fans. 10 of the 16 tracks are previously unreleased. The demo of “Black Hole Sun” has a bulk of the finished song intact, while an intriguing rehearsal version of “The Day I Tried to Live” finds Cornell giving directions on how they should proceed and an acoustic take on “Like Suicide” is very interesting.

Soundgarden and Nine Inch Nails perform tonight at Sleep Train Amphitheatre in Chula Vista, Friday at Verizon Wireless Amphitheatre in Irvine and Monday at the Hollywood Bowl. To purchase: ticketmaster.com
Posted by newwavegeo at 9:15 AM