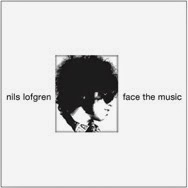 For a long time, Nils Lofgren's music was extremely hard to find, leaving fans scouring to find old album copies. Now a large chunk of his material is available on Face the Music, a new 169-track retrospective spread over nine CDs and 1 DVD and out now through Fantasy/Concord Music.

There’s a personal attention to detail here which you don’t find on every box set. That’s because the man himself was involved in everything from digging up rare audio material to writing about his music career in the accompanying 136-page booklet. Assistance in this area came from esteemed rock journalist Dave Marsh (Born to Run, Glory Days, Creem, Rolling Stone).

Peppered with rare memorabilia and career-related photos, the booklet also has testimonials from frequent bosses Bruce Springsteen, Neil Young and Ringo Starr as well as Elvis Costello, Chrissie Hynde, Bono, Graham Nash and others. Nestled among Lofgren’s individual song recollections is a fascinating anecdote about performing with Young on the classic episode of MTV Unplugged (it almost didn’t happen).

Disc 1 revolves around Lofgren’s first signed band Grin, which put out four LPs on Epic and A&M Records in 1970-73. The 21 tunes are your typical classic rock fare from the era.

Disc 2 opens with solo debut Nils Lofgren, highlighted by “If I Say It, It’s So” and some great pop/rock in “Back it Up.” The intense title track from 1976’s Cry Tough (boasting an intense guitar solo) and the soulful rocker “It’s Not a Crime” (with backing vocals from Claudia Lennear and P.P. Arnold), plus the hook-laden, totally ‘70s strings on the title tune off I Came to Dance, horn-driven “Rock Me at Home” and the live Night After Night cuts “You’re the Weight,” “Goin’ South” and “Incidentally It’s Over” are all winners. 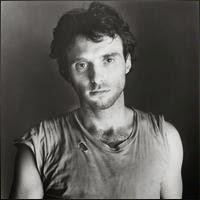 Nearly everything on Disc 3 (1979-83) - comprising the cream of the crop from Nils, Night Fades Away and Wonderland and music/songwriting contributions from Lou Reed, Dick Wagner, Nicky Hopkins, David Sanborn, Edgar Winter and Del Shannon – is also stellar.

Still on a creative roll, the more blues rocking Crooked Line - with guitar, vocals and production by the mighty Eric Ambel - is highlighted on the same disc by the fiery “A Child Can Tell,” Johnny Cash-styled “You” (Young adds backing vocals), the political-tinged title track and uplifting “New Kind of Freedom.”

The rest of Lofgren’s ‘90s studio, soundtrack and live output rounds out Disc 5. Its standouts include pleasant acoustic concert gems “Little on Up,” “Blue Skies” and “Black Books.”

More solid live material starts off Disc 6, notably “Code of the Road” and seething rocker “New Holes in Old Shoes.” Much of the 2001 Break Away Angel material included here is memorable: the upbeat “Puttin’ Out Fires,” appealing love song “I Found You,” the folky keening vocal of “Love a Child,” “Driftin’ Man.”

Lofgren’s early 2000s live band is spotlighted at the top of Disc 7’s stirring “Like Rain” and a lush take on “The Star Spangled Banner.” Other highlights, from Sacred Weapon, are the country song “In Your Hands” (abetted by Willie Nelson) and the distinctive harmonies of David Crosby & Graham Nash on “Frankie Hang On.”

The best from 2011’s Old School is represented by “Miss You Ray,” a poignant tribute to The Genius, lush piano based ballad “Irish Angel” and soulful Sam Moore duet “Ain’t Too Many of Us Left.” The CD closes with a light and effective, almost jazzy cover of Springsteen’s “Wreck on the Highway.”

A real treasure trove for diehard fans though comes during the unreleased demos and rarities on Discs 8 and 9.

The first half dozen songs on the former are Grin recordings (including Young’s vocals and piano work on “Keith Don’t Go”).

Elsewhere, Foreigner’s Lou Gramm adds vocals to the appealing “I’ll Arise” and “Some Must Dream."

“Here For You” and “Hide My Heart” are primo Lofgren guitar showcases, the upbeat, New Wave-ish “Awesome Girl” has Rick James (!) on vocals and another winsome piano ballad arrives via “Love Is.”

Disc 9 is most notable for the inclusions of “Tears Inside,” rocker “What is Enuf” (a similar guitar vibe as what Lofgren has contributed to some Springsteen efforts), the recent fun “Yankee Stadium” and countryish “Mad Mad World.”

The DVD includes 19 live performances spanning 1989-2011. “Bein’ Angry” and “Shine Silently,” culled from both of Lofgren’s tour stints with Ringo Starr’s All Starr Band, are the best ones to view. Then there’s a nice version of “I Found You” from the ’98 outdoor Master Musician Festival in Kentucky, prefaced by a mini-interview. Among the rest are several ’04 Grin reunion clips in Maryland and two years later, Lofgren tunes with Grin members from Virginia.

All told, Face the Music is a must buy for longtime enthusiasts of Lofgren, Springsteen and Young.

Note: More details on the box set can be found elsewhere on this blog.
To purchase individual CDs and more info, go to nilslofgren.com or concordmusicgroup.com.
Posted by newwavegeo at 3:05 PM