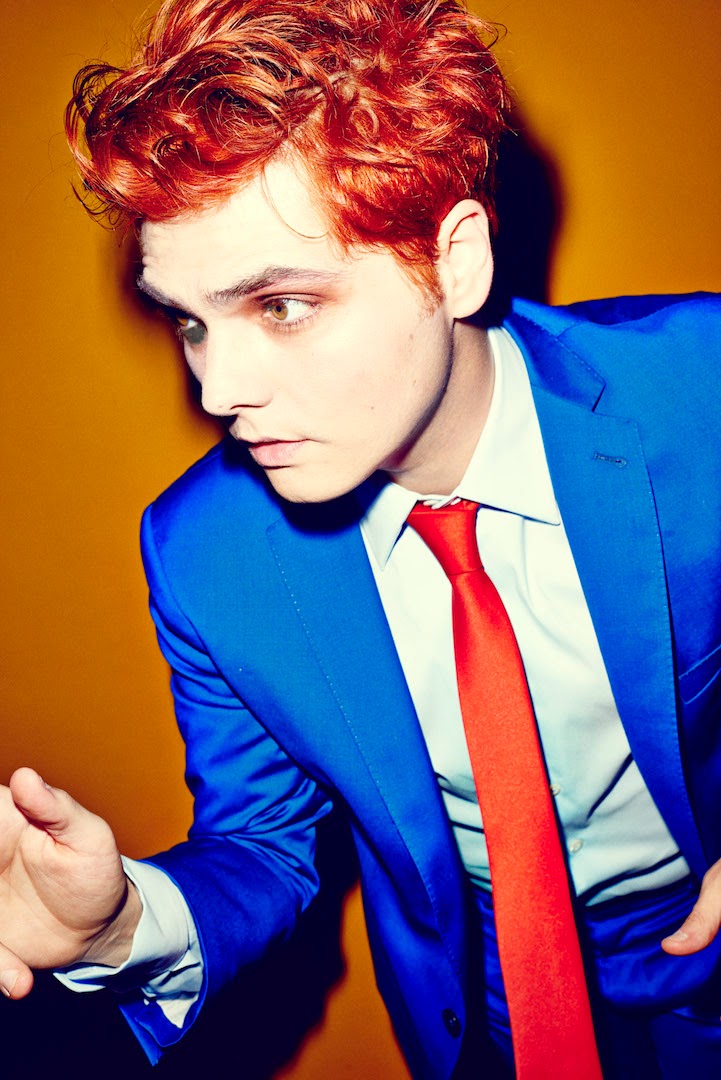 Former My Chemical Romance frontman Gerard Way will release his debut solo album, Hesitant Alien, on Sept. 30 via Warner Bros. Records. The new album will be available for pre-order at all digital retailers beginning Aug. 19.

Exclusive album bundles will also be available for pre-order on GerardWay.com on the same date. Fans who pre-order the album will receive the track "No Shows" instantly as a free download. The music video for "No Shows" will also be released on Aug. 19. See below for the full track-listing.

Working with producer Doug McKean, Way knew immediately what he wanted Hesitant Alien to sound like. "I wanted to make the small things sound big," he says. "My intention was to make 100 percent uncompromised art, using the currently least radio-friendly instrument, the guitar. I knew there would be lots of fuzz pedals. I knew I would play Fender instruments. I knew I would look at who my guitar heroes were in art school, Mary Timony and Carrie Brownstein, and I drew a lot of influence from shoe-gaze and Britpop. I want the record to sonically galvanize people." Hesitant Alien was mixed by Tchad Blake (Arctic Monkeys, Black Keys).

Lyrically, Way wrote about what he knew at the time, "which was struggle, beginnings, finding a newness in the mundane and the abstract," he says. "I looked to the Britpop poets like Jarvis Cocker and Damon Albarn, drawing upon every day life. I also experimented with the abstract, and looked at Frank Black's work both with the Pixies, and as a solo artist. There was no concept and no call-to-arms."

Fans will get their first listen to some of the songs on Hesitant Alien when Way performs his first solo shows at the Reading and Leeds Festivals in England. He will perform at Reading on Aug. 22 and at Leeds on Aug. 23.

Bureau
Action Cat
No Shows
Casting Shadows
Millions
Zero Zero
Juarez
Drugstore Perfume
Get The Gang Together
How's It Going To Be
Maya The Psychic
Posted by newwavegeo at 12:24 PM