A version of my review originally appeared at ocregister.com.
For LeAnn Rimes, crossover appeal is nothing new.

During a career that spans nearly 20 years, she has scored numerous hits on the Billboard country singles chart while making frequent inroads at pop and adult contemporary radio and dance clubs.

The latter genre is the focus of Dance Like You Don’t Give a …Greatest Hits Remixes, a new Rimes compilation due in stores on August 5. It includes remixes by Kaskade (“What I Can Not Change”) and other DJs, plus a collaboration with The Crystal Method (“Grace”).

Yet roots rock formed the basis of Rimes’ solid Costa Mesa show on Thursday night. Despite reasonably priced tickets, there was only a moderate turnout at the Pacific Amphitheatre.

Clad in a black miniskirt and backed by a five-piece band, Rimes kicked off the 70-minute main set with her rousing cover of John Anderson’s “Swingin’” and gleefully delivered the rapid-fire vocals. Swampy dual electric guitars made “Nothin’ Better to Do” more fiery than usual.

“When I was a teenager, people used to tell me that I didn’t know what I was singing about. I grew up and realized it was true,” Rimes told the crowd before the haunting, slide guitar-infused “I Do Now.”

The blonde singer kept her trademark wail in check, only using it when needed. There was plenty of between song banter and a good-natured plug for “LeAnn & Eddie,” the new reality series which airs Thursdays at 10:30 p.m. on VH1. 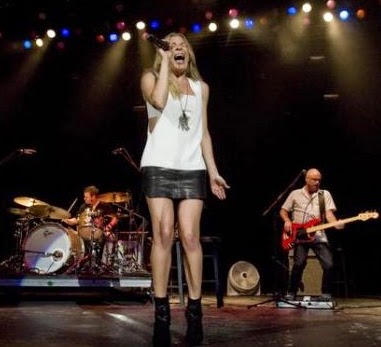 More smoldering, reverb-drenched guitar work enveloped ballads “Probably Wouldn’t Be This Way” and “I Need You,” which received a loud crowd response, as did a segue into her take on the Bonnie Raitt/Adele-popularized “I Can’t Make You Love Me” while seated on a stool. Big rock guitars gave “Life Goes On” a brawnier heft; Rimes’ totally inhabited “Spitfire” (the title track to her highly underrated 2013 studio album).

Once the musicians got to twangy, rocking medley “One Way Ticket/Nothin’ ‘Bout Love Makes Sense/Commitment,” several female fans danced up a storm.

First career hit “Blue” was prefaced by a touching dedication to James Garner. The beloved television actor, who died last week, was godfather to Rimes’ producer Darrell Brown. Garner initially turned Brown onto Rimes’ music and she also used to sing in Garner’s living room as a teen. The song was done in the usual understated style of late.

Returning to the stools with impressive co-lead guitarist Akil Thompson for a tender acoustic version of Ed Sheeran’s “Thinking Out Loud,” Rimes gave a passionate delivery and didn’t cry as she warned might happen. The final stretch included a strong “How Do I Live” (some couple slow danced) and raucous closer “Something’s Gotta Give,” with a subtle nod to Bryan Adams’ “Cuts Like a Knife.” 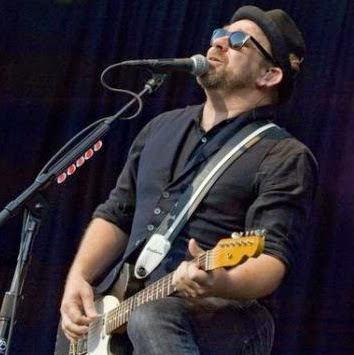 The songs previewed his upcoming solo album Southern Gravity, expected this fall (“the band is not breaking up,” he firmly stated, alluding to musical partner Jennifer Nettles’ own “That Girl” release and subsequent tour earlier this year).

A proud Georgia native,  his a gregarious stage presence. He used it to an advantage here to win over the audience.

Before doing a hushed, stripped down take on Sugarland’s “Baby Girl” (off triple platinum 2004 debut “Twice the Speed of Life”), Bush said he’d wanted to write a song that could also be a wish.
Many of the winsome newer tracks should easily find favor at country and adult rock radio.

Key among them were the driving “Make Another Memory” (which boasted sharp electric guitar work by Benji Shanks), the humorously jaunty first single “Trailer Hitch” (check out the video where Bush gave $300 away while busking on the street in Chicago here: http://kristianbush.com/news/217483), smoldering ballad “Light Me Up” and “Southern Gravity,” Bush’s breezy self-described “love song to his hometown.”

All photos by Joshua Sudock
Posted by newwavegeo at 7:27 AM