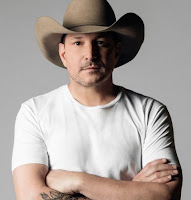 Grammy-nominated country singer/songwriter Ty Herndon has released a re-recorded version of his 1995 breakthrough hit song “What Mattered Most,” along with a new video. With the pronouns reversed from the original, reframing the subject of Herndon's affection in the song as another man, this new version of the ballad reflect's Herndon’s true self that fans have come to know since he came out in 2014. The track and video were just released in honor of Pride Month.

Watch: Ty Herndon - "What Mattered Most"

Herndon has also announced the upcoming release of a new album, Got It Covered, for Aug. 23 through BFE/The Orchard. The 10-track album, is a compilation album featuring reimagined hits and covers of some of Herndon’s favorite songs. His career spans two decades, 20 Billboard charted singles and over five million albums sold.

In November of 2014, Ty Herndon was the first major male country artist to publicly come out as gay. Shortly after, he hosted the first-of-its-kind country music event, titled The Concert for Love and Acceptance. The event, designed to bring attention and support to at-risk youth and acceptance, received national attention. Since the launch of the event, Herndon has partnered with GLAAD to produce the event each year.

Using his celebrity influence for the better good, GLAAD announced that a grant, named after Herndon, was being offered to support young people for their commitment to enhancing LGBTQ inclusion and representation in music. The recipient of the Ty Herndon Rising Stars Grant receives $2,500 to further fund their work and initiatives. Herndon has also donated his time to organizations such as the Trevor Project, Make A Wish, St. Jude, GLAAD, HRC and Feed the Children.

One of his most recent acts of giving was lending his vocals on the tribute track, “Hands.” The single, released through Interscope Records in conjunction with GLAAD, is a musical tribute to the victims of the recent shooting at the Pulse nightclub in Orlando, Florida. Herndon was among a star-studded list of artists, including Mary J. Blige, Jason Derulo, Selena Gomez, Imagine Dragons, Jennifer Lopez, Kacey Musgraves, P!nk, RuPaul, Britney Spears, Gwen Stefani, Meghan Trainer and more, voicing support for the LGBT community in the original song. Proceeds from the track benefit Equality Florida Pulse Victims Fund, the GLBT Community Center of Central Florida, and GLAAD.

Herndon will also be performing at LOVELOUD festival on June 29th. Founded by Imagine Dragons frontman Dan Reynolds, LOVELOUD seeks to progress the relevant and vital conversation about what it means to unconditionally love, understand, accept, and support LGBTQ+ youth, and raises money for mental health and health services for them.

Additional tour dates will be announced.
TyHerndon.com.
Posted by newwavegeo at 9:35 AM