My review originally appeared at ocregister.com

Blake Shelton neared the end of his sold out, first headlining show at the Hollywood Bowl on Saturday night, looked at the crowd and marveled, “nobody would’ve believed how many country fans are here now in Hollywood.”

Truth be told, Southern California has long been a popular bastion for recorded country music and concert ticket sales. The genre’s superstars frequently pack ‘em in at the Bowl and other local arenas and amphitheatres. Then there’s the annual Stagecoach Festival, which drew upwards of 60,000 people to Indio last spring (Shelton performed there in 2012).

The Oklahoma native’s popularity is at an all-time high, having just started a seventh season as coach on successful NBC reality series “The Voice.” New album Bringing Back the Sunshine, released last week, should debut at or near the top of the Billboard 200 chart. First single “Neon Light” is top 10 at country radio. He’s also up for three CMA awards next month.

Shelton walked down a staircase with an acoustic guitar to begin the easygoing, nearly two-hour show with “All About Tonight” (containing the fitting lyric: “good times and the music/laughing and grooving to the band”). An easygoing performer, he occasionally added humor to the proceedings and did a running joke about how quickly a cup of beer was refilled.

Some people in attendance were probably just curious about Shelton after seeing “The Voice” and content to stay seated throughout the gig. Yet even a casual country listener could recognize the material since Shelton offered up 16 No. 1 singles amid the 22 selections.

A majority were romantic ballads (“Doin’ What She Likes,” “Mine Would Be You,” “Who You Are When I’m Not Looking,” final encore “God Gave Me You”) and mildly rousing odes to alcohol and Southern state attitudes (“The More I Drink,” “Hillbilly Bone,” “Kiss My Country A**,” main set closer “Boys ‘Round Here”) played seamlessly by the band.

Backing vocalist Gwen Sebastian, a second season contestant on “The Voice” a regular member of Shelton and wife Miranda Lambert’s bands, was the band's shining star.

During a fine acoustic segment where Shelton was seated on a stool, Sebastian moved front and center with him for the smooth 1970s Mac Davis-styled “My Eyes.” It was a highlight, in addition to the dramatic vulnerability of “Over You” (co-written and recorded by Lambert about Shelton’s brother who died in a car accident when he was young) and “Austin” (his first No. 1 single in 2001).

The breezy, pedal steel-infused “Drink on It” and laid back “Some Beach” recalled vintage Jimmy Buffet. The latter saw Shelton playfully don a white cowboy hat appended with fake long hair (as the singer looked early in his career).

Shelton definitely excelled at the classic narrative of “Ol’ Red” and the banjo/drum machine-hybrid “Neon Light.” His soaring, sway-worthy cover of Michael Buble’s “Home” went down well and fans sang along loudly to the fun “Honey Bee” and rambunctious cover of Kenny Loggins’ “Footloose.”

Three opening acts were shoehorned into the two hours before Shelton appeared (an earlier start time would have been preferable). 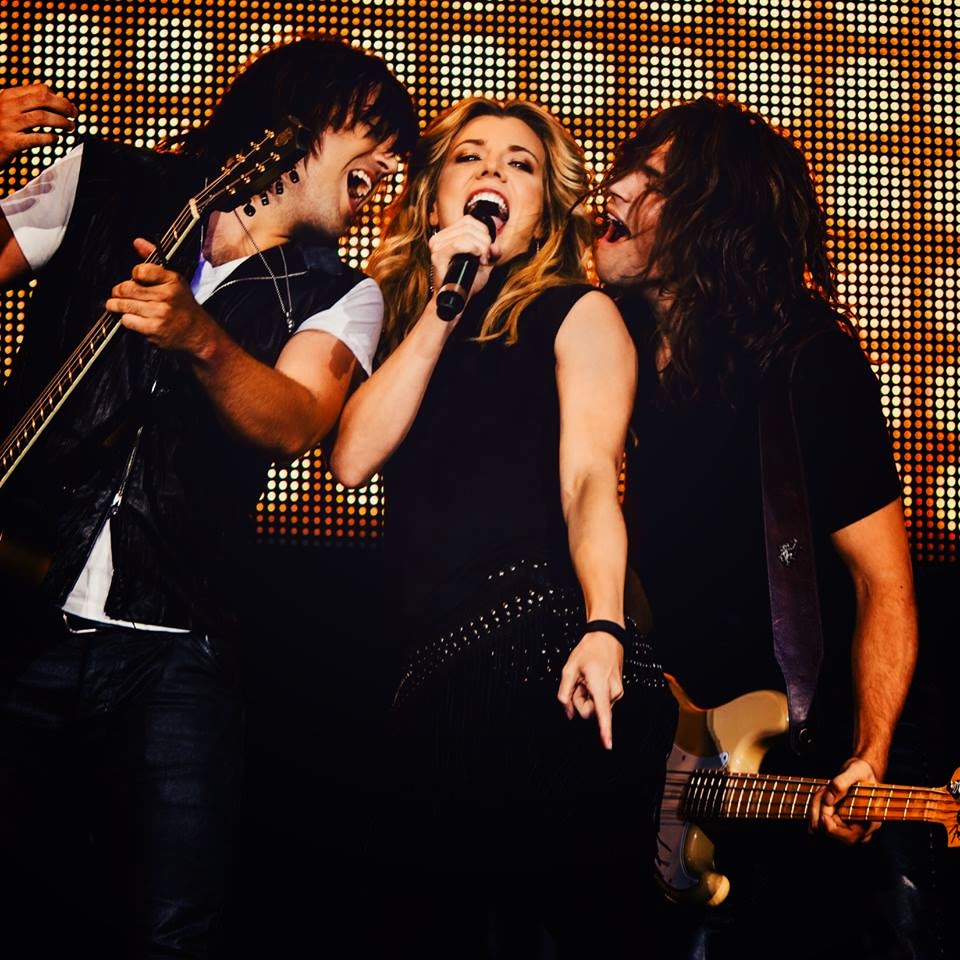 Music videos and TV appearances don’t do The Band Perry justice. Seeing the sibling trio live for the first time, I was riveted by their electrifying 55-minute set. Husky lead singer Kimberly Perry’s enthusiasm was contagious and verged on cheerleader territory.

Following a countdown intro on the screens, the band jumped in unison during platinum selling No. 1 single “Done” as bright LED panels flashed. Neil played mandolin on every song and the Perrys rarely stood still on stage.

Primarily revolving around songs from 2013’s popular “Pioneer,” the set included the fiddle heavy “Night Gone Waster,” raucous “Better Dig Two” and “I’m a Keeper” and spooky “Chainsaw.” Neil proved his vocal mettle on the rocking version of Queen’s “Fat Bottomed Girls” and really got the crowd riled up with the hoedown ending.

But it was more subdued moments like the passionate “Don’t Let Me Be Lonely” and quiet, acoustic-based “If I Die Young” (plus Kimberly’s sustained end note) that made the most indelible mark. 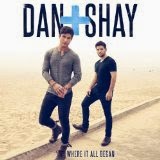 First up this evening was Dan+Shay. The CMA-nominated duo delivered a spirited 25-minute set featuring songs from their 2014 debut “Where it All Began.”

Inspired by ‘80s hard rock, they fused Guns ‘N Roses’ “Paradise City” with their own harmony-laden “Parking Break” and admirably tacked Def Leppard’s “Pour Some Sugar on Me.” The guys’ wailing vocals were showcased best on top 10 hit “19 You+Me” and “Stop Drop+Roll.”

Neal McCoy, who notched eight top 10 singles in the 1990s, represented “old school” country among the acts at the Bowl. He was a hilarious emcee between sets and during a pair of short performances as roadies quickly set up instruments.

In addition to best known numbers “The Shake,” “No Doubt About It” and “Billy’s Got His Beer Goggles On,” he also did bits of songs by Charley Pride (subject of a deluxe tribute album due Nov. 3 via Cracker Barrel), Cee-Lo, Sugarhill Gang, Harry Belafonte and more. 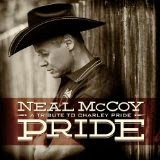