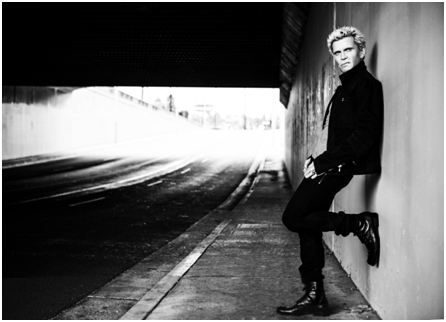 Billy Idol will embark on a theatre tour of North America in early 2015.

It starts Jan. 21 in New Orleans, is part of his “Kings & Queens Of The Underground Live” world tour that includes previously announced shows in Europe next month. Tickets for most of the North American shows (see full itinerary below) go on sale this Friday, Oct. 10. Concerts in additional cities will be announced soon.

The veteran British rocker will release his self-written autobiography Dancing With Myself tomorrow (Oct. 7) via Touchstone, an imprint of Simon and Schuster.

Idol was featured on yesterday’s CBS Sunday Morning and will appear tomorrow on NBC-TV’s Today Show and the Howard Stern Show on Wednesday, Oct. 8. The following day, Thursday, Oct. 9, Idol will be interviewed live on stage as the keynote event of the 2014 CBGB Music and Film Festival in New York City.

Two weeks following the arrival of the autobiography, Idol will release his first studio album in almost a decade, Kings & Queens Of The Underground, on BFI Records via Kobalt Label Services.

To watch Episode 1 of BILLY's behind-the-scenes web series for Kings & Queens Of The Underground, click here.

All shows go on sale Friday, Oct. 10. with the exception of Montreal, Toronto and Vancouver, which go on sale Oct. 17. The on sale date for Oakland is TBA.