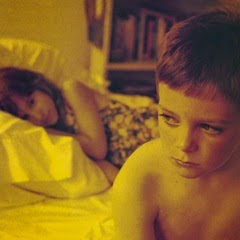 I look forward to hearing this. The band was one of my highlights at this year's Coachella Fest.

Rhino Records will release deluxe editions of The Afghan Whigs' 1993 album Gentlemen called Gentlemen at 21 on October 28 in the U.S.


Said demos for the album, which were recorded at John Curley’s Ultrasuede studio space in Cincinnati. The bonus material also includes the original "Debonair" single b-sides, including “Mr. Superlove” and a cover of soul classic “Dark End of the Street,” along with three songs recorded live for KTCL in Denver, previously issued on the What Jail Is Like EP.
The set comes packaged with a faithful reproduction of the original sleeve art and its striking front cover image, a homage to Nan Goldin’s iconic “Nan and Brian in Bed, New York City.”


Gentlemen at 21 comes as a 2-CD set, digitally and single original remastered LP. A triple LP deluxe edition with the bonus material will be issued on Nov. 28 on 180-gram vinyl for Record Store Day.
Recorded in Memphis at Ardent Studios and originally released by Elektra Records on Oct. 5, 1993, the album was the band’s major label debut after recording two full-length albums for Sub Pop.
In the original 1993 biography for the album, Dulli commented: “It was a bad year for me and some of my friends, in terms of relationships and dealing with some of my own little ghosts. A year of just some kinds of remembrances and stuff that I guess I will never be able to forget, especially since I wrote it all down and made a record out of it.”
Earlier this year, The Afghan Whigs released their first new album in sixteen years on Sub Pop – Do to the Beast. The band recently embarked on an extensive North American tour.