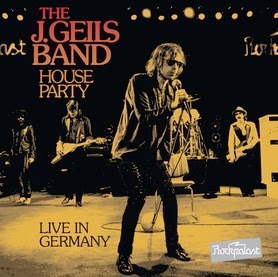 There's so much interesting news today that I decided to consolidate the other items. This first one should be a blast to experience...

On Feb. 24, 2015, Eagle Rock Entertainment will issue the first ever release of House Party Live In Germany – the classic Rockpalast concert from The J. Geils Band – on DVD+CD and Digital Audio.

The year was 1979. The J. Geils Band were touring Europe in support of the Sanctuary album and its hit single “One Last Kiss,” when they made a pit stop in Essen, Germany to perform on the TV series Rockpalast. Filmed on April 21 at the Grugahalle, the aptly-named House Party Live In Germany, the first half of the concert focuses on material from Sanctuary, while the second half features earlier breakthrough rock radio hits like “Looking For A Love,” “Give It To Me,” and “Ain’t Nothing But A House Party.”

In the 70s The J. Geils Band developed a reputation for their faithful devotion to down-n-dirty bar blues (while most of their contemporaries drew more heavily from British blues-rock and psychedelia). As time progressed, their sound expanded into new directions and acquired more pop influences, leading them to score massive crossover appeal and commercial success with their 1981 album Freeze Frame and its smash hit “Centerfold.” House Party Live In Germany catches the band just before that key turn in the band’s career. 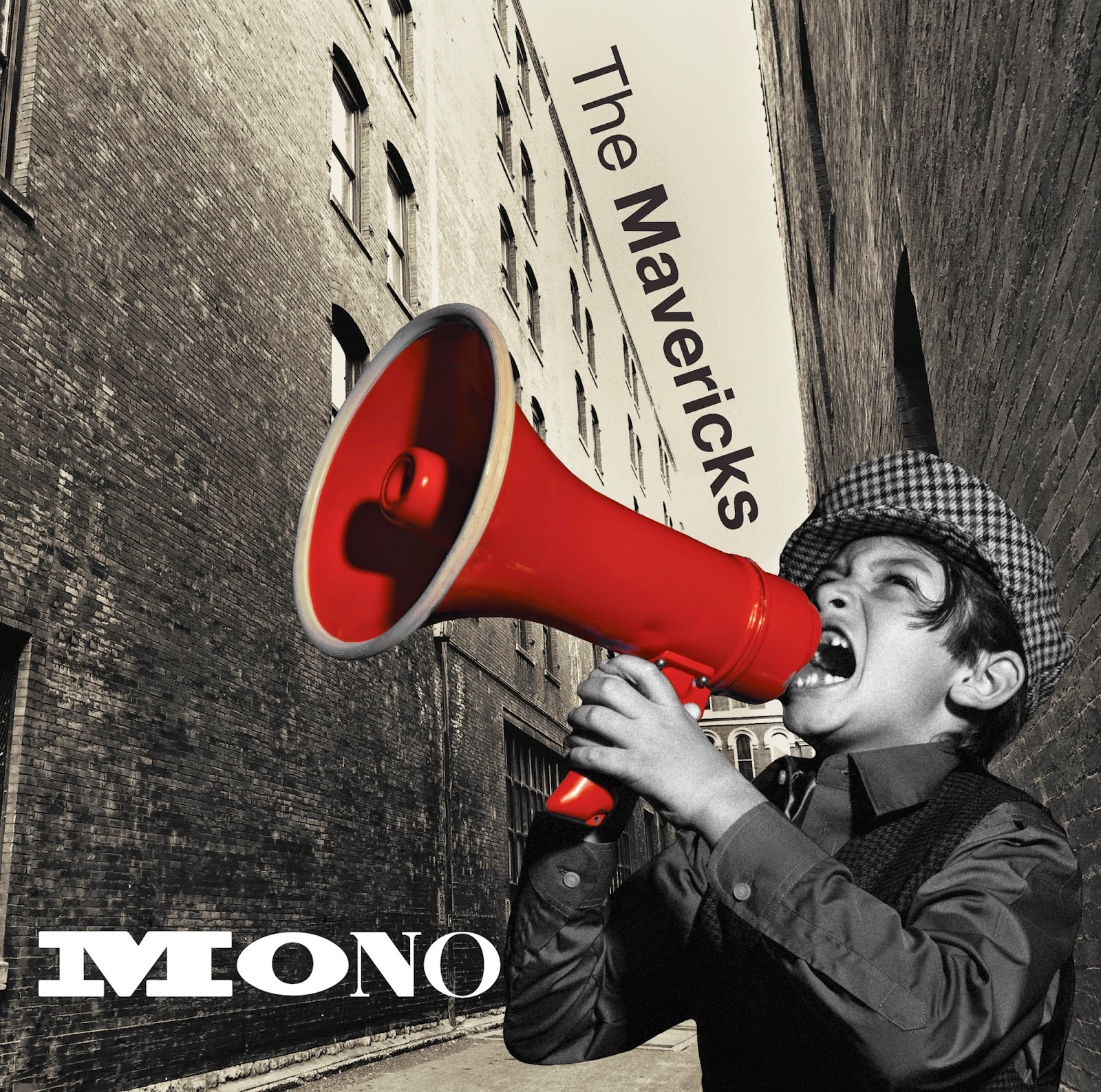 The Mavericks have just revealed the tracklisting for Mono, due out Feb. 17 on The Valory Music Co.
Fans can pre-order the physical album now on Amazon and the digital version on iTunes beginning Jan. 27.
The Grammy-winning band will embark on a tour in February, with new stops recently added this Spring domestically in Miami, Boston, New York, Los Angeles, San Francisco, Chicago, Milwaukee, Minneapolis, Reno, Ft. Lauderdale, Houston and internationally in London, Paris, Cologne and Hamburg.

“With Mono, we started with less purpose and more passion, hoping to do what music is supposed to do, evoke a vibe that naturally takes each listener somewhere different,” said Malo. “That’s what happened to each of us as we went in the studio and listened to old vinyls before recording. There was just a beauty to the sound that inspired how we developed these songs and even why we chose to record in mono. One of the things we found interesting as we listened to playback in ‘mono’ – usually at the end of each day – was how ‘finished’ the songs sounded. In turn the album has but a few overdubs and that works in our favor because each part played counts for a lot. Our hope is to present this album almost exactly as it was recorded.”

After an indefinite hiatus and serendipitous reunion, The Mavericks made a triumphant return in 2013 with the critically acclaimed In Time. [editor's note: it was my #1 album of the year]
For updated tour dates and information, visit themavericksband.com.
Track Listing: 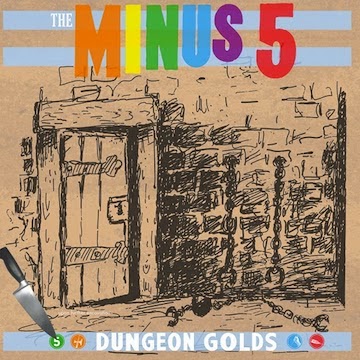 I had a memorable interview with Scott in 2006, so I'm very curious to see what he's come up with lately...
The Minus 5, the indie pop/rock collective led by Scott McCaughey and often featuring R.E.M. guitarist Peter Buck, will release their 10th album, Dungeon Golds, March 10 on Yep Roc Records.
The album is now available for pre-order at iTunes with instant download of “My Generation.” U.S tour dates supporting Tweedy and The Decemberists are confirmed for March. Dates listed below.

Dungeon Golds includes 12 tracks culled from three of the five-LP-only limited edition (750 copies) Record Store Day 2014 boxed set, Scott The Hoople In the Dungeon of Horror, with six altered, edited or enhanced mixes/versions. This is the first in a series of releases on Yep Roc, which will make music from the exclusive set more widely available in CD, LP and download.

From inception and by design The Minus 5 line-up “for recordings and live appearances has been completely fluid, dependent on musician availability, whim, opportunity, and provenance,” says McCaughey. “I may have taken more of the music upon myself on the Scott The Hoople sessions, but when it came down to it, I still wanted my friends to have their say, and they were kind enough to do so.”

When assembling Dungeon Golds, McCaughey leaned towards songs that have made their way into the Minus 5’s recent live sets, with the thought that “it’d be a good time to go out and perform them.”

1. My Generation – I played everything, like Todd Rundgren but shaggier. This is a remixed and slightly edited version. An anthem for aging rockers.
2. It’s Beautiful Here – The great John Moen on drums, with me doing my best to reference Smiley Smile-era Beach Boys on the rest. A litany of negatives to accentuate the positive.
3. In The Ground – This song (ditto tracks 4, 7, 11) was recorded like a real band in a real studio with John Moen, Nate Query, and Peter Buck. Ian McLagan and John Ramberg added the tasty bits. Added more guitars and vocals and remixed this from the box version. Also added sadness since Mac’s passing.
4. Adios Half Solider – Jeff Tweedy added the mondo solo guitars. Phantom accordion could have been Jenny Conlee or Josh Kantor.
5. Zero Clowns – A new edit/mix. Ezra Holbrook on drums with Peter Buck and Jeff Tweedy on plenty of guitars. “Death Of A Clown” revisited?
6. Chinese Saucer Magnolia – edited version. Moen on drums, Buck on 12-string. It’s a spooky kind of tree.
7. It’s Magenta, Man! – new mix. Still psychemagelic.
8. The History You Hate – Tracked this with Linda Pitmon in the Dungeon. Jeff Tweedy-ed the solo in Chicago.
9. Sorry Town – Buck on 12-string, Moen on drums, Tucker Jackson on pedal steel. Not a bad place to go really.
10. Remain In Lifeboat – new mix, spot the guitar solo. Pitmon, Tweedy, McLagan, and yours truly – the Band That Might Have Been.
11. Hold Down The Fort – Kurt Bloch added last minute guitarmonies, Joe Adragna backing vocal. I’ve gone away a lot in life.
12. The Unforeseen – Holbrook tracked the drums with me and Jackson provided instantly perfect steel. Seems like a closing track to me. 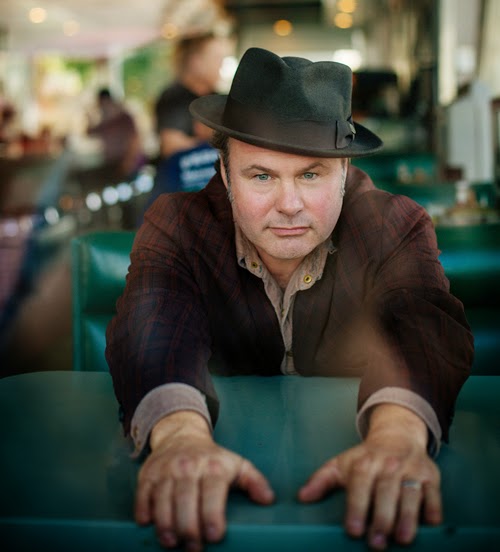 Acclaimed singer/songwriter Martin Sexton's eighth studio album Mixtape of the Open Road is due out Feb. 10 via KTR/Redeye.

"There's a brief magic time between day and night. Our minds have a similar twilight, that dusk and daw, where intuition - not intellect - kicks in," Sexton told PopMatters. "I find this is where our true voices live. So, when I say 'my mind is woo,' that's what I mean, and the 'You' is anyone, anything, or anyplace you long for."

Mixtape of the Open Road is like a mix tape of songs, but written and performed all by the same artist.

"I've taken comfort and inspiration from mix tapes friends made for me. You know, like that soundtrack that you crossed the country to after graduation or that music that got you through a broken heart," Martin told Wall Street Journal.

"I wanted to make a record in this fashion with each song musically different from the next, ranging from a distorted, bombastic 'Remember That Ride' to a guy and a guitar ('Set In Stone') singing about the unwavering love for his child."

Known for his success as an independent recording artist and his incendiary live shows, this will be Martin's first full-length studio album since 2010's Sugarcoating. Immediately following its release, Martin will hit the road on his winter/spring US tour which kicks off in February. Tickets are on sale now and can be purchased at martinsexton.com. 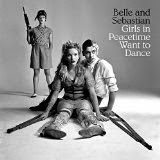