The Year in Music: Live albums

Title: Live 1976-1998: Tonight’s the Night (Warner Bros.)
The lowdown: Although Rod Stewart amassed dozens of solo hits from the Seventies onward, the live arena is where he really shined. This superb new 4 CD, 58-track live set, sequenced chronologically, is solid proof. The Scotsman and his crack band would often stretch the songs out live and his raspy, blues-inspired vocals would be more at the fore.

Disc 1 is devoted to December 1976 when Stewart toured England behind the double-platinum A Night on the Town. Some tracks broach the eight-minute mark, including a terrific cover of Chuck Berry’s “Sweet Little Rock 'n Roller” (featuring a barrelhouse piano solo by John Jarvis and the sizzling triple guitar interplay of Jim Cregan, Gary Grainger and Billy Peek) and "Maggie May" (with a hearty audience singalong and reggae breakdown section). Other standouts are Stewart and company’s smokin’ takes on The Temptations’ “(I Know) I'm Losing You” and the Beatles’ “Get Back.”

A good portion of Disc 2, comprised of shows from 1976-81, concentrates on shows from Wembley in London and the Forum in LA (some party-hearty cover medleys: Sam Cooke, more Tempts, Eric Clapton). The latter stretch has Tina Turner adding steam to "Hot Legs" (and Stewart approving of her cleavage) and going into slow burn harmonica-laced blues on Willie Dixon’s "I Just Want to Make Love to You.”

Some people – not this writer - consider the Eighties to be Stewart’s creative nadir. Yet the tracks on Disc 3 (split between an ‘84 gig in San Diego and an ‘89 one in E. Rutherford, New Jersey) only include a handful from that era. In the case of the Meadowlands concert, all the songs from Out of Order are winners, including “Lost in You,” "Forever Young" and the perfectly fitting, soulful revamp of Otis Redding hit, “Try a Little Tenderness.”

Heading into the Nineties, Disc 4 spotlights a 1991 return appearance to Wembley, There’s another hearty tribute to Redding and Cooke; this time, "Sweet Soul Music," plus a soulful "This Old Heart of Mine" (he toured with a few male backing vocalists at the time). Two years later, high on the triple platinum success of the MTV soundtrack Unplugged...and Seated album, Stewart played LA’s Greek Theatre. He dipped into the acclaimed ‘70s catalog with appropriate nuance.

Standouts – often with former Faces bandmate Ian McLagan on organ - include the orchestrated "Handbags & Gladrags," "Cut Across Shorty" and “Reason To Believe." Future producer du jour John Shanks does a stunning weepy guitar solo on “People Get Ready.” Back in London for a smaller ’98 gig to support When We Were the New Boys, the underrated, cover-centric collection, Stewart does rowdy versions of Primal Scream's “Rocks” and Oasis’ “Cigarettes And Alcohol” as if they were own. A must for any Stewart fan. 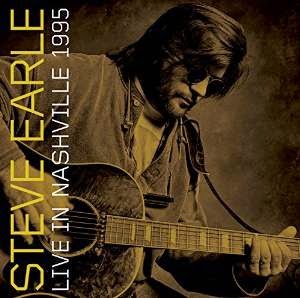 Artist: Steve Earle
Title: Live in Nashville 1995 (Shout! Factory)
The lowdown: Recorded in December of 1995 at the Polk Theater, this live album was originally included in box set The Warner Bros. Years. Backed by a trio that plays a variety of instruments (dobro, Hawaiian guitar, fiddle, mandola), Earle’s setlist is mostly drawn from Train-a-Comin’, the Grammy-nominated CD out earlier the same year. Before bluegrass tune “Hometown Blues,” Earle gives “apologies to Doc Watson.” Then the crowd loudly whoops and hollers during “The Devil’s Right Hand” (off 1988’s Copperhead Road).

Bluegrass legend Bill Monroe guests on “Walls of Time,” a 1982 song he co-wrote with Earle’s tour mandolinist Pete Rowan. After they finish, Earle is obviously excited and he jokes about the “financial pleasure” of Travis Tritt covering “Sometimes She Forgets.” A cover of “I’m Looking Through You” casts the Beatles classic in a folksy light.

Emmylou Harris adds her dulcet vocal tones to three songs: “Rivers of Babylon” (with help from Rowan), the plaintive “Goodbye” and “Nothin’ Without You.” Earle does the traditional “When Will We Be Married?” accompanied by mandolin. Despite being on acoustic instruments, all the musicians make a spirited noise on the finale, “Copperhead Road.” 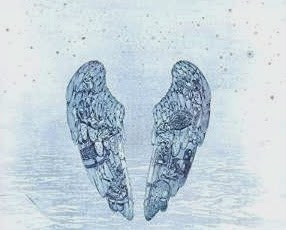 Artist: Coldplay
Title: Ghost Stories: Live 2014 (Atlantic)
The lowdown: Available on DVD/CD and digital formats, this  opens on an enchanting note with “Always In My Head.” From there, the British band’s the 40-minute CD features the studio release sequence front to back. It was recorded during various small shows in Los Angeles, New York, London, Sydney, Paris and Cologne, Germany between April and July 2014.

The gorgeous-looking DVD performance was shot in the round with overhead imagery in a custom-built amphitheatre at Sony Studios in LA. Some of it was seen on NBC in the US and Sky Arts in the UK. Eight intriguing music videos from Ghost Stories include two never-before-seen films for B-sides “All Your Friends” and “Ghost Story.”

An exclusive Extended Director's Cut of the “Magic” video (with a new cameo from veteran actor Peter Fonda) is among the bonus footage. “Midnight” contains a trippy reverse image. The new “Magic” footage directed by Jonas Akerlund has five minutes of acting in an old time night club with a side show magician before the music starts. The booklet includes several sepia-toned photo stills from the live show. 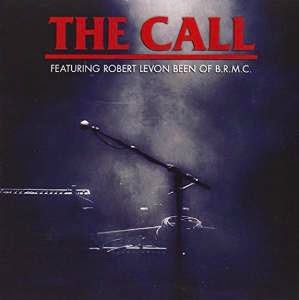 Artist: The Call
Title: A Live Tribute feat. Robert Levon Been of B.R.M.C (Lightyear)
The lowdown: The emotional resonance of this concert runs deep. Three members of The Call - guitarist Tom Ferrier, keyboardist Jim Goodwin and drummer Scott Musick – reunited for the first time in more than a decade with Robert Levon Been, the son of their deceased former singer Michael Been. They did a few California gigs in 2013. The bulk of this great DVD/CD was shot at The Troubadour in West Hollywood, while some bonus footage came from Slim’s in San Francisco.

Half of the 15-song set is culled from the albums Red Moon and Reconciled. Opening with a moody “Everywhere I Go” that’s led by Ferrier’s chiming guitar work, Robert follows up by putting his own vocal stamp on “I Still Believe” and not straying too far from his dad’s original phrasing. The band closes with a stark emotional take on “Uncovered.”

Bonus material includes four songs from SF, including two important call numbers: “Let the Day Begin” and “The Walls Came Down.” The band is shown in rehearsals and Been says it took 1 ½ years for everything to come together. “It was a long tease.” He also tells how his dad completed the song “What’s Happened to You.” Longtime fans from the Bay Area are also interviewed about what The Call meant to them. The title is also be available as a single CD, 180-gram double vinyl and digitally (with 5 extra bonus tracks).
Posted by newwavegeo at 11:15 PM