The Year in Music: Best Reissues 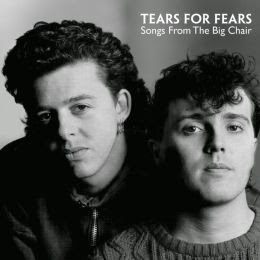 If you've got some gift cards to spend after Christmas or are just interested in upgrading some old classics, here are my recommendations for 2014's best reissues...

Songs From the Big Chair, Tears for Fears – Spawning back to back #1 singles in America with “Shout” and Everybody Wants to Rule the World,” plus the #3 hit “Head Over Heels,” this 1985 album was the British synth-pop duo’s biggest selling effort (certified five times platinum) and one of the decade’s strongest as well.

The 2CD reissue includes B-sides, instrumentals, 7” single and video edits, remixes and long versions. In addition to the aforementioned hits, standouts include the buoyant Asian-tinged “The Marauders” and “The Way You Are,” a denser, more reverb-laden “Mother’s Talk” U.S. remix, the subtle “Sea Song.” There’s even a 7 ½ minute chat with Roland Orzabal and Curt Smith, interspersed with music, where the guys speak about the inspiration behind a few songs. The excellent liner notes include several archival photos, UK music scribe Paul Sinclair’s historical overview and recent interview with the guys and drummer Chris Hughes.

For those accustomed to hearing Songs from the Big Chair on CD all these years, the 180-gram vinyl is a revelation, unveiling fresh nuances. The airy keyboards on “Shout” stand out, the three-man sax tag team sound during “The Floating Hour” drifts on a higher plane, the percolating rhythms on “Mother’s Talk” are more prevalent and the female operatic vocals in “Listen” are more noticeable. 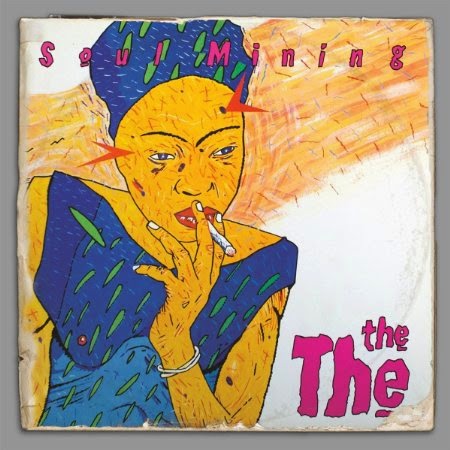 Soul Mining, The The – Back in 1983, the post punk music that Matt Johnson crafted on his acclaimed debut as The The was frequently sinister and claustrophobic with bleak lyrics (see: opening track “I’ve Been Waitin’ For Tomorrow,” “That Sinking Feeling”).

But there were also more pop-oriented tunes like the standout singles; a fiddle and accordion-laced “This is the Day” and “Uncertain Smile.” Both were mainstays on college and alternative radio stations like KROQ/106.7 FM/Los Angeles. Guests on the LP included Jools Holland, Wix (later of Paul McCartney touring band) and David Johansen of the New York Dolls.

Johnson personally oversaw the remastering of this new expanded 30th Anniversary Deluxe Vinyl Edition at Abbey Road Studios. It comes packaged in a lift off box, with an authentic reproduction of original release on a 180-gram LP and another gatefold vinyl of alternative versions and remixes. The re-mastered audio has also been dubbed from original vinyl pressings recorded from Matt Johnson’s original 1982 Thorens TD-147 gramophone player using patent ‘Dubbed-From-Disc’ technology, obtainable via a download code contained within the box set.

The funky groove, chants and Johnson’s breathy vocal on “Giant” and string instrumentation on “The Twilight Hour” both really come alive on the new LP version. On the “recollected” LP2, the 10-minute long New York 12” mix of “Uncertain Smile” has added flute, city noise and synth snatches, while the London 12” version of “Perfect” swings a bit more and “Fruit of The Heart” is a nice ethereal instrumental. 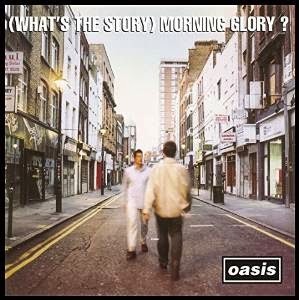 These expanded and remastered deluxe reissues celebrate the original 1994-95 discs in fine fashion. Housed in handsome mini-books, the liner notes are chock full of rare band and memorabilia photos and recollections of each song by the musicians. Definitely Maybe raced back up the UK sales chart last spring - a testament the group’s still-enduring popularity and influence.

During the Nineties, it was common for British acts to put out several versions of each single with different B-sides, leading diehard fans to buy some or all of them - I sure pair a pretty penny for imports by Oasis, Blur, Pulp and many others. A majority of those bonus cuts are included in the new 3CD versions. And this isn’t your typical “scraping-the-studio-barrel” type stuff either. Many of the outcast songs were easily good enough to appear on the main album.

CD2’s richly orchestrated “Whatever,” “(It's Good) To Be Free” and Noel’s strong acoustic guitar/Fender Rhodes dominated “Half the World Away” are prime examples. The same goes for “Talk Tonight,” “Acquiesce” “Rockin' Chair” and “Masterplan” on the CD2 of (What's the Story?) Morning Glory. Main songwriter Noel sings leads on pleasant acoustic guitar strummers “Sad Song,” “Take Me Away,” “D'Yer Wanna Be a Spaceman,” “Up In The Sky” and others.

The latter is given a country-ish feel with slide and 12-string guitars. The demo of “Cigarettes & Alcohol” is most notable for Liam’s vocals which contain little of the accented, stretched syllables that characterized the finished version. Elsewhere on both albums’ bonus CDs are equally intriguing, previously unreleased demos and live selections. 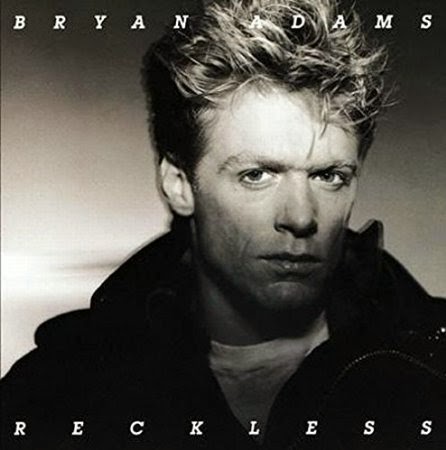 Reckless, Bryan Adams – A high water mark for the Canadian rocker that was certified five times platinum, this also became a defining album of the 1980s, spawning six top 20 pop hits (and another on mainstream rock radio), including the ubiquitous “Summer of ‘69.”

This new 30th Anniversary edition is available as a 2CD version with seven bonus tracks (I’ve been a fan since the beginning of Adams’ career and it’s my first time hearing them). “Let Me Down Easy” and “Teacher Teacher,” first recorded by Roger Daltrey and .38 Special, are both solid. “Too Hot to Handle” lives up to its name.”

The title track is also a good crunchy rocker in the vein of the rest. Then there’s a raucous ’85 gig at London’s Hammersmith Odeon featuring the raspy-voiced singer do material from Reckless and Cuts Like a Knife (guitarist Keith Scott’s guitar solos on the fast, frenetic “Kids Wanna Rock” and “The Only One” are highlights).

A four disc super deluxe edition comes in a DVD case-sized hardback book that includes the material above and a DVD of the Steve Barron-directed Reckless - The Movie. It weaves videos from Reckless with scenes linking the tracks. I’d love to see that since I own the old VHS copy. A Blu-Ray Pure Audio recording of the original album and a stereo mix re-mastered this year rounds out the music content. Rare photos from the studio and a conversation between Adams and cowriter Jim Vallance about the various songs is part of the packaging. 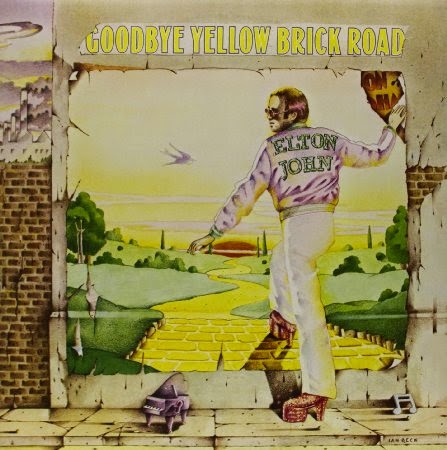 Goodbye Yellow Brick Road, Elton John – One of the best parts of John’s recent show at Staples Center was a clutch of songs from this classic double 1973 album, many of which have been staples of his show for decades.

The 2CD reissue contains the remastered main release sounding better than ever: the fluttering synth fanfare and high flying harmonies of “Funeral for a Friend/Love Lies Bleeding” and title track find John in glorious splendor. “All the Girls Love Alice,” with those spacey effects, really pops.

Among the nine new covers by contemporary artists, Fall Out Boy (perfectly fitting stomper “Saturday Night’s Alright for Fighting”), Zac Brown Band (a surprisingly lush “Harmony”) and Emeli Sandé (“All the Girls Love Alice” recast as a smoldering R&B ballad) and The Band Perry (a feisty “Grey Seal” done with fiddle) fare best. Finally nine songs from a 1973 performance at the Hammersmith Odeon rounds things out. The 2CD gatefold package has all the original photos, plus other archival ones and a collage. The liner notes contain an informative essay by Alexis Petridis.

The Super Deluxe version has a DVD of Bryan Forbes’ 1973 film “Elton John and Bernie Taupin: Say Goodbye to Norma Jean and Other Things” and a 100-page illustrated hardback book with rare photos, memorabilia and a new essay containing interviews with John and Taupin.

Here are some other highly recommended reissues: 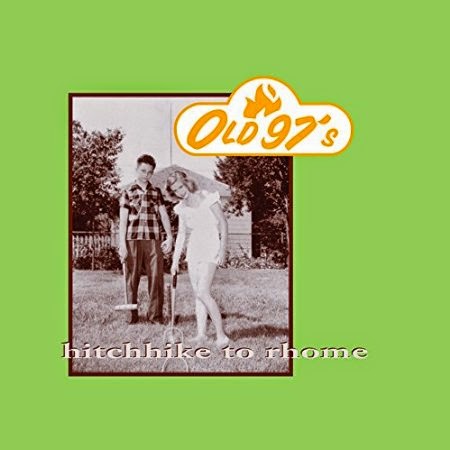 Now it is newly remixed, with eight extra tracks recorded at the same album sessions (equally strong as the main collection), plus assorted demos and unreleased songs on CD2.

Some Rhome songs have become staples of the group’s live shows in the intervening decades, like the ominous “4 Leaf Clover” and the fast bluegrass of “Doreen.” Guitarist Ken Bethea describes the process of unearthing some of the rarities in the liner notes. 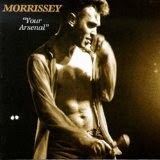 Your Arsenal and Vauxhall and I, Morrissey – Part of the former Smiths frontman’s solo creative apex (the first a glam rock-leaning effort with David Bowie guitarist Mick Ronson), each has a second CD featuring a concert from the same time period.

New Jersey, Bon Jovi – Although it was just reissued a few years ago, this new 2CD version is better, thanks to bonus tracks that include the band’s cover of Thin Lizzy’s “The Boys are Back in Town,” the 12 previously unreleased “Sons of Beaches” demos, complete lyrics and credits.

Venus and Mars and Wings at the Speed of Sound, Wings – The mid-period albums from Paul McCartney’s 1970s band were both million sellers that reached the top five. And each contained a pair of big hits in “Listen to What the Man Said,” “Venus and Mars/Rock Show”; “Let ‘Em In,” “Silly Love Songs.” The second CD is filled with demos and alternate versions, while the third one is a DVD featuring music videos, adverts and behind the scenes studio and home footage.

Wrecking Ball, Emmylou Harris – In 1995, the country legend with a voice like honey took a daring turn into experimental Americana music with Daniel Lanois (U2, Bob Dylan). The results – with Steve Earle, U2’s Larry Mullen Jr., Lucinda Williams and Neil Young along for the ride – were simply breathtaking. The outtakes on CD2 are intriguing and the DVD documentary tells how it all came together.

The Day Before Wine and Roses, The Dream Syndicate 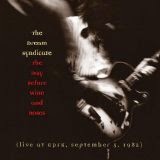