It’s the time of year when many people decide whether to spruce up their Christmas party  playlists (or the multi-CD changer) with new holiday selections. Here’s a rundown of some of the latest albums. All can be purchased through www.amazon.com and most major music retailers. 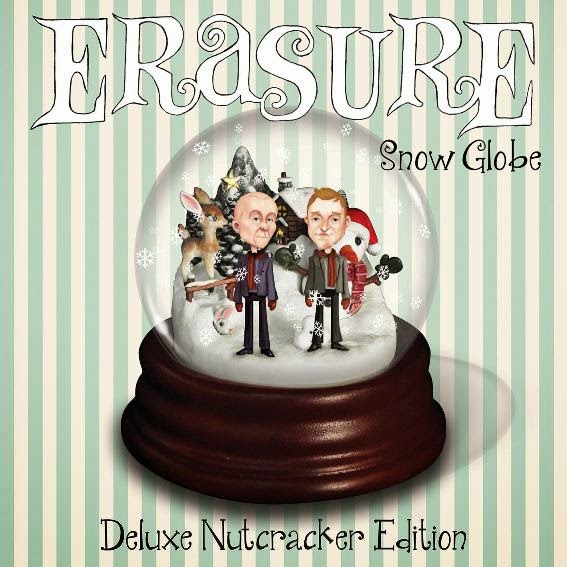 Diehard fans should revel in the 16 bonus tracks, three of which are previously unavailable. “She Won’t Be Home – Redux” is a modern update of Erasure's first holiday tune from the ‘80s. Nice acoustic takes of “Stop The Cavalry” and “Make It Wonderful” give Andy Bell’s voice more space. The upbeat club mix of “Gaudete” makes it dance floor ready. The same goes for a remix of “Make It Wonderful.” Then Bright Light Bright Light gives the latter a more streamlined keyboard remix. Videos of “Gaudete” and “Make It Wonderful” are also part of the bolstered package.
Grade: A 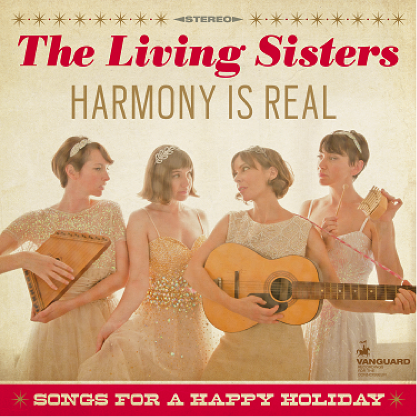 Artist: Living Sisters
Title: Harmony is Real: Songs for a Happy Holiday (Vanguard)
The lowdown: A throwback of sorts that often recalls female singing groups from the 1940s, the Living Sisters smoothly mix melancholy and humor. Becky Stark (Lavender Diamond), Inara George (The Bird and The Bee), Eleni Mandell and Alex Lilly’s lush and sweet vocal blend shines on a few holiday perennials, but mostly revolve around intriguing originals like The Beach Boys homage “Christmas In California,” the subtle reggae-tinged “Skip The Sugar (Good Girl)” and the humorous Dixieland vibe of “Baby Wants a Basketball for Christmas.” There’s even some multiculturalism at hand in a jazz ode of “Hanukkah” and “Neon Chinese Christmas Eve.”
Grade: A 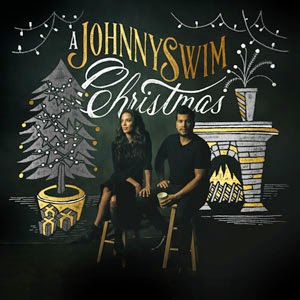 Artist: Johnnyswim
Title: A Johnnyswim Christmas (Big Picnic)
The lowdown: This seven-track EP by the husband and wife team of Abner Ramirez and Amanda Sudano-Ramirez is refreshing. The LA-based duo’s folk/pop is perfect for curling around the fire with some hot apple cider or a fine wine (think: The Civil Wars).

On “Have Yourself A Merry Little Christmas,” Sudano-Ramirez shows she inherited some soulful pipes from her superstar mom (the late Donna Summer). “O Come All Ye Faithful” spotlights their supple blend. Warm and inviting original song “Christmas Day” (key lyric: “Hide all my gifts/I might find ‘em/I’m too old to be so excited”) is a real keeper. The warm sway of “I’ll Be Home for Christmas” features children chatter. By the ending, a simple live acoustic take on “What Are You Doing New Year’s Eve,” Johnnyswim leaves you wanting more.
Grade: A 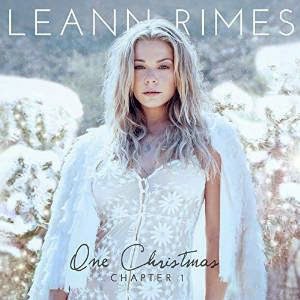 Artist: LeAnn Rimes
Title: One Christmas – Chapter 1 (Iconic)
The lowdown: No stranger to holiday releases, having put out “What a Wonderful World” a decade ago, Rimes’ solid EP is one of the best I’ve heard this season. Recruiting top notch studio session men like Vinnie Calaiuta, Waddy Wachtel, Steve Jordan and Willie Weeks, she puts her own vocal inflections on the gorgeous “Silent Night,” has plenty of fun on the Dixieland rock of “I Want a Hippopotamus for Christmas” (complete with “Peanuts” styled child/parent banter) and does a pleasant “Someday at Christmas” alongside Trombone Shorty. Then everyone nails the cascading vocals and moving tempos on “Carol of the Bells.”
Grade: A 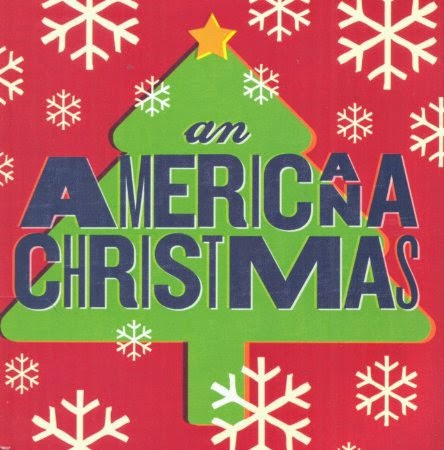 Artist: Various
Title: An Americana Christmas (New West)
The lowdown: This eclectic folk and country collection spans six decades, with Johnny Cash’s stentorian manger story “The Gifts They Gave” dating back to 1963. Emmylou Harris’ “The First Noel,” from 1979, is an a capella wonder. Bob Dylan weighs in with the feisty polka “Must Be Santa.” Half a dozen new recordings exclusive to the album include Robert Ellis' old timey "Pretty Paper" and Luther Dickinson’s Southern styled "Hark! The Herald Angels Sing."

Among the standouts are Dwight Yoakam’s spirited, twangy “Run Run Rudolph,” Ben Keith with Neil & Pegi Young’s elegant “Les Trois Cloches,” Old 97s’ “Here It Is Christmas Time,” Corb Lund’s deadpan vocals on “Just Me And These Ponies (For Christmas This Year)” and Max Gomez’s sad sack tale “Season Of My Memory,” where he sings about being in jail and having holey shoes.
Grade: B+ 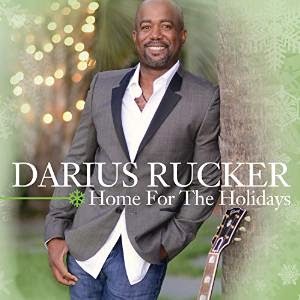 Artist: Darius Rucker
Title: Home for the Holidays (Capitol)
The lowdown: Rucker opts for a cosmopolitan slant on his first Christmas album. The jaunty “Winter Wonderland” veers closest to country music and his kids provide backing vocals on a fun “You’re A Mean One, Mr. Grinch.” From breezy opener “Let it Snow, Let it Snow, Let it Snow” and comforting string-laden original “What God Wants for Christmas” to the playful pairing with old friend Sheryl Crow on “Baby, It’s Cold Outside” (actually recorded it in the same studio - a rarity these days) and subtle “Hark! The Herald Angels Sing,” everything goes down nice and easy.
Grade: B 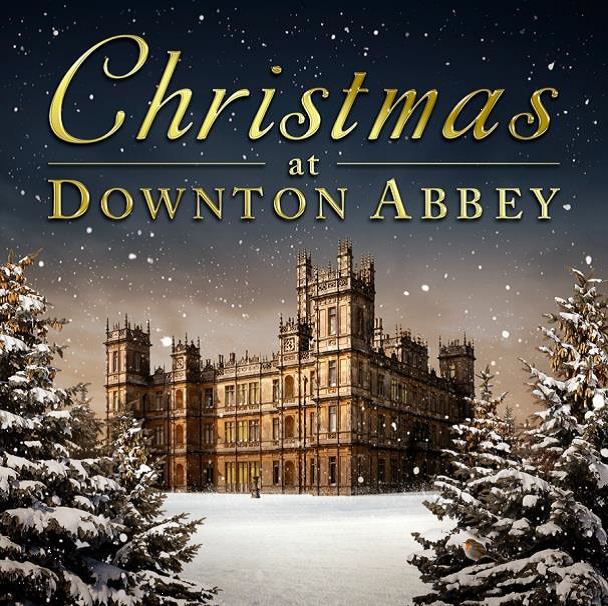 Artists: Various
Title: Christmas at Downton Abbey (Warner Bros.)
The lowdown: This collection is tailor made for people who prefer more traditional and classical music (not to mention fans of the popular PBS drama). Among the 45 classic carols and festive hymns across two CDs are seven exclusive recordings by members of the cast. Elizabeth McGovern (Countess of Grantham) duets with Julian Ovende (Charles Blake) on “The First Noel.” She also sings “It Came Upon a Midnight Clear,” while Ovenden handles “O Holy Night,” “Sussex Carol” and “Silent Night” solo. Then he joins classical singer Katie Marshall for a duet of the “Twelve Days of Christmas.” Jim Carter (who portrays Mr. Carson) has just the right vocal tone on his spoken word version of poem “T'was The Night Before Christmas.”

Composer John Lunn does a new, extended seasonal suite version of the Downton Abbey Theme music to open both CDs recorded by The Budapest Choral Voices and Budapest City Orchestra. Rounding out the album are 36 classic Christmas songs by the likes of Dame Kiri Te Kanawa, Choir Of Kings College – Cambridge and others.
Grade: B- 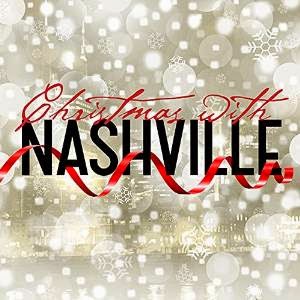 Artists: Various
Title: Christmas with “Nashville” (Big Machine)
The lowdown: Although the ABC-TV drama takes place in the country music capital, there tends to be more tradition than twang to these holiday songs sung by the show’s actors. Blame it on Rascal Flatts’ Jay DeMarcus, who produced the album. Vince Gill plays guitar on Charles Esten’s relaxed “Blue Christmas” and his Rascal bandmate Joe Don Rooney does guitar during Jonathan Jackson’s yearning “Christmas (Baby Please Come Home).” It is one of the highlights. DeMarcus even handles drums on star Hayden Panettiere’s sleek  “White Christmas.” 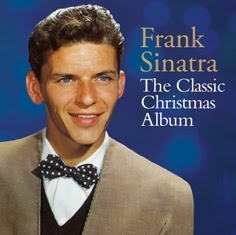 Artist: Frank Sinatra
Title: The Classic Christmas Album (Sony Legacy)
The Lowdown:  For these solid holiday renditions from 1945-50, ‘Ol Blue Eyes is backed by the Ken Lane Singers (“It Came Upon a Midnight Clear,” “O, Come All Ye Faithful,” “Jingle Bells,” “O Little Town Of Bethlehem,” “Silent Night”). Sinatra also does a couple spirituals with the Charioteers, duets with Dorothy Kirsten (“Baby, It’s Cold Outside,” from the film “Neptune’s Daughter”) and there’s an alternate version of “Let It Snow! Let It Snow! Let It Snow!” with the Page Cavanaugh Trio. The last two are previously unreleased.
Grade: B- 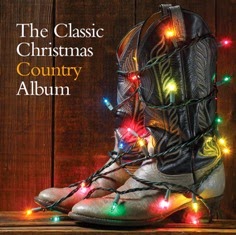 Artists: Various
Title: The Classic Christmas Country Album (Sony Legacy)
The Lowdown:  A Walmart exclusive, the country compilation is a bit of a hodgepodge. Jake Owen delivers an appropriately (for him) laid back “Mele Kalikimaka,” Kenny Chesney & Willie Nelson are satisfactory on the latter’s classic “Pretty Paper,” Alabama is sprightlier than usual during “Rockin’ Around The Christmas Tree” while Sara Evans and Martina McBride smoothly handle “I’ll Be Home For Christmas” and “Have Yourself A Merry Little Christmas” respectively.
Grade: B- 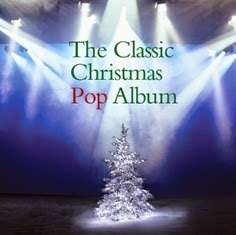 Artists: Various
Title: The Classic Christmas Pop Album (Sony Legacy)
The Lowdown: “Pop” is somewhat of a misnomer here because both R&B and alternative acts are also represented. Primarily focusing on boy bands from America (Big Time Rush, Backstreet Boys, New Kids on the Block, B2K, Jagged Edge) and the UK (Bros, Westlife), the songs were recorded from 1989-2012. Los Lonely Boys do a good acoustic version of “Feliz Navidad,” while the 2000s Menudo incarnation sings in English.

Highlights include Metro Station’s hyper electronic “Last Christmas,” Hurts’ original melancholy synth-driven “All I Want For Christmas Is New Year's Day,” Glasvegas’ stark nod to Phil Spector’s Wall of Sound on “A Snowflake Fell (And It Felt Like A Kiss),” Mew’s fragile, almost Sigur Ros-esque “She Came Home for Christmas” and Karmin – whose Amy Heidimann represents the lone female on the album – on a snazzy and fun “Sleigh Ride.”
Grade: C+ 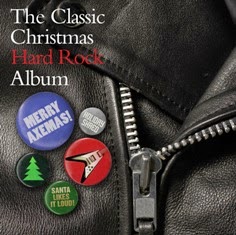 The four other acts represented in this latest batch from Sony Legacy are Johnny Mathis (notable for a duet with Bette Midler and two rarities in “Ol’ Kris Kringle” and “Give Me Your Love for Christmas”), Barbra Streisand, Il Divo and Perry Como.
Posted by newwavegeo at 10:49 PM