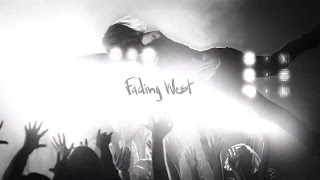 Grammy-award winning alt-rock band Switchfoot announce the release of their ninth studio album as well as the details behind their new feature film, both titled Fading West.

The new studio effort will be released in January 2014 on Atlantic Records/Word, a new EP is out now and the 80-minute film will serve as the opening act on the band's storyteller-style tour beginning in September. A full tour routing is below.

Inspired by such films as Rattle and Hum and Endless Summer, the Fading West feature film follows Switchfoot as they travel the globe in search of new musical inspiration and perfect waves.

Directed by Matt Katsolis and filmed during Switchfoot's 2012 World Tour, the film charts the creation of the San Diego-based fivesome's upcoming album in its earliest and most unpredictable stages.

Part rock documentary, part surf film, and part travelogue, Fading West offers rare glimpses of the longtime surfers on their boards and in the waves, captures the frenetic energy of their live shows, and in the end portrays a journey both epic and intimate.

The 9th Annual Switchfoot Bro-Am surf contest and concert returns to North County San Diego July 12-13, 2013. The festivities kick off July 12 with the Switchfoot Bro-Am Auction Night Soiree at the Sheraton Carlsbad Resort & Spa, followed by the daylong event at Moonlight Beach in Encinitas on July 13, featuring a variety of activities including a charity surf contest, a nerf surf jousting exposition between surf contest heats, The Rob Machado Bro Junior, and a live concert with Switchfoot on the beach along with special guests.

A Belly Up Tavern After-Party hosted by Switchfoot and features performances by Jon Foreman's side project Fiction Family. New this year, the Bro-Am is working with Action Sports Productions to add a live Web cast, which will stream the surf contest/concert at Moonlight Beach, allowing supporters from around the US and world to tune in and catch the Bro-Am action live. Information about the Web cast will be posted on the Bro-Am Web site: http://www.switchfoot.com/bro-am.

I interviewed the band a few years ago (see elsewhere on this blog) and am looking forward to this one...

Glasvegas is back with Later...When The TV Turns To Static, due out in the U.S. on Sept. 3 via their own Go Wow Records/BMG. The third studio album was written and self-produced by lead vocalist/songwriter James Allan.

First single "If" will be released digitally in the U.S. on July 9.

The Scottish band's self-titled '08 debut went platinum in the UK and was nominated for a Mercury Music Prize.

Allan states "My idea for the song came about during a phone call a while back with my good friend Alan McGee. He was talking to me about something quite difficult that was going on at the time and I said to him, 'Alan, if we didn't go through the bad stuff, we wouldn't recognize the good stuff; it would be invisible to you.'"

glasvegas.net
Posted by newwavegeo at 5:15 PM No comments: Links to this post 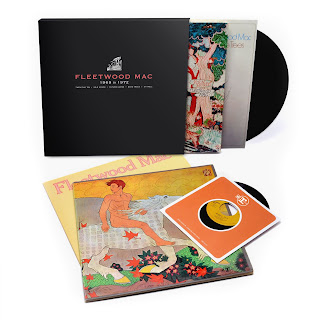 Fleetwood Mac invites you to revisit its early years with two special releases from Reprise Records.

The first is an expanded and remastered edition of Then Play On, Fleetwood Mac’s 1969 debut.

This CD reissue features the original U.K running order and track segues, with “One Sunny Day” and “Without You” making their first appearance on a CD issue of the album, as well as new liner notes by veteran rock journalist David Fricke and four bonus tracks, including the popular single “Oh Well – Pt. 1.”

The band was already a popular blues entity in 1969 when they released third studio album Then Play On. It was the first with guitarist-songwriter Danny Kirwan and last with founding member Peter Green. The album’s mix of blues and rock includes tracks like “Rattlesnake Shake,” “Searching For Madge” and “Coming Your Way.”

Rhino’s newly re-mastered and expanded edition includes four bonus tracks originally released as singles: parts one and two of “Oh Well,” “The Green Manalishi (With The Two Prong Crown)” and “World In Harmony,” which is available on CD for the first time.

1969-1972 features four complete albums – Then Play On (1969), Kiln House (1970), Future Games (1971) and Bare Trees (1972) – housed in a striking black slipcase. To ensure superb sound quality, Chris Bellman at Bernie Grundman Mastering cut the lacquers for all four albums. The records look as good as they sound thanks to authentically reproduced packages, including gatefolds for Then Play On and Kiln House and single sleeves for Future Games and Bare Trees. 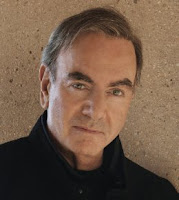 Neil Diamond has confirmed plans to release a newly penned song inspired by the recent Boston Marathon bombings. “Freedom Song (They’ll Never Take Us Down),” will be released on July 2, with 100% of the purchase price equally benefiting One Fund Boston and the Wounded Warrior Project.

Written, recorded and produced by Diamond, the original song will be released on Columbia Records and available on iTunes (iTunes.com/NeilDiamond) and Amazon MP3.
“I, like so many other Americans, felt helpless during the recent attacks in Boston and wanted so much to reach out and not only help those people affected in a direct way but to lift their spirits as well and let them know they were not alone; that the entire  American community felt a close kinship with them,” said Diamond.

I was inspired enough to devote myself to the creation of a new song which expressed my love for this country and its two greatest assets: the spirit of its people and the freedoms it has afforded us all by law.”
Diamond will perform as a special guest at the 33rd annual broadcast of A Capitol Fourth, America’s National Independence Day celebration, which airs on PBS Thursday, July 4 from 8–9:30PM ET.

The event is broadcast live from the West Lawn of the US Capitol before a live concert audience of hundreds of thousands, millions more at home, as well as to all our troops serving around the world on American Forces Network. The program can also be heard live in stereo over NPR member stations nationwide. Diamond will perform a selection of his hits, as well as the new single.
In addition, Diamond will debut his live performance of the new song during the Nationals-Brewers game on July 4 at Nationals Park in Washington, D.C.

The unique performance will take place during the Nationals In-Game Military Salute, a team tradition that occurs amid every home game. It will mark the first time Diamond performs this song live.
Posted by newwavegeo at 4:01 PM No comments: Links to this post 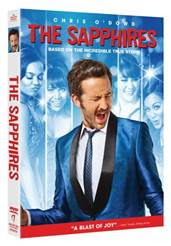 This is one of my favorite movies of the year so far...

Anchor Bay Entertainment and The Weinstein Company announce the Blu-ray and DVD release of THE SAPPHIRES, inspired by a true story and starring Chris O’Dowd (Bridesmaids and HBO’s “Girls”).

Under the guidance of an R&B-loving Irish musician, Dave Lovelace (Chris O’Dowd), the girls transform themselves into a sizzling soul act and set out to make a name for themselves hundreds of miles from home. Inspired by a true story, THE SAPPHIRES is a celebration of music, family and self-discovery.

THE SAPPHIRES arrives at retail on Aug. 6 in Blu-ray/DVD combo pack and standard DVD.

Learn more: www.thesapphires-movie.com
Posted by newwavegeo at 3:53 PM No comments: Links to this post 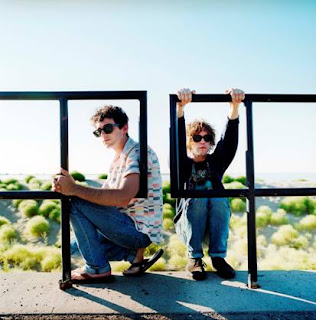 MGMT are back with their self-titled third studio album - MGMT - set to be released on Sept. 17. The successor to 2010’s Congratulations, MGMT finds Andrew VanWyngarden and Ben Goldwasser returning to work with longtime collaborator Dave Fridmann.

Among the collection of 10 songs is a cover of "Introspection" by 1960’s psych band Faine Jade. Back in April, for Record Store Day, a limited edition cassette single of album opener "Alien Days" was unveiled.

In preparation for the release of MGMT, the band have begun assembling a variety of unique visual elements to accompany and illuminate the new music via "the Optimizer."

Produced by MGMT, the live show video instrumentalist Alejandro Crawford, "the Optimizer" provides listeners of the album with a simultaneously aural and optical listening experience featuring video and CGI work. "The Optimizer" is part of an enhanced album package available on all commercial formats.
“Your Life Is A Lie” will be the first music video released and finds MGMT again working with Tom Kuntz, director of the band's 2010 mini-epic “Congratulations.” Indie director Sam Fleischner will be creating a clip for "Alien Days," and a video for "Cool Song No. 2" is also in the works, both to be shot this summer.

MGMT are currently on tour, recently performing to their largest headline audience in the U.S. with over 10,000 people in attendance at Artpark in Lewiston, NY.
Track listing for MGMT:
Alien Days
Cool Song No. 2
Mystery Disease
Introspection
Your Life Is a Lie
A Good Sadness
Astro-Mancy
I Love You Too, Death
Plenty Of Girls In the Sea
An Orphan Of Fortune

I can't wait to see this new release, especially since I only taped it myself upon initial airing and never purchased it on VHS or DVD...

On Sept. 3, Eagle Rock Entertainment will release The Freddie Mercury Tribute Concert on a triple DVD set and as an SD Blu-ray – with upscaled standard definition original material with uncompressed stereo and DTS-HD surround sound - and digital formats.

This release boasts newly remastered sound across both sections of the concert and represents the first time the opening acts' performances have been made available on DVD or Blu-Ray. 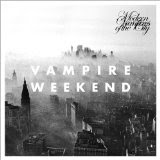 Still touring in support of their critically acclaimed third album Modern Vampires Of The City, Vampire Weekend have added more dates to their fall run.

Along with previously announced headlining stops at Brooklyn's Barclay's Center and Los Angeles' Hollywood Bowl, the band have now announced stops at Philadelphia's Mann Center and Nashville's Ryman Auditorium, among others.

Vampire Weekend's Modern Vampires Of The City entered the U.S. album chart at #1, and has gone on to sell nearly 250,000 copies since its May 14 release on XL Recordings.

This is the second time Vampire Weekend has achieved such a landmark: Its sophomore album Contra also debuted at #1 in 2010, making Modern Vampires... the first time an independent rock band has entered at #1 with two consecutive releases.

# Sky Ferreira
+ Solange
& Beirut
Posted by newwavegeo at 2:08 PM No comments: Links to this post