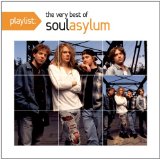 “Delayed Reaction” was produced by the band and John Fields. It bristles with the tightly wound, slightly ragged vibe that characterized the band when they emerged straight out of Minneapolis.
Says Dave Pirner on the recording process: “It feels like approaching it as an album and a thing that has a sequence, and a thing that is a piece of work in itself is almost an archaic process…Honestly, it's more organic. Even though you're using some of this newer technology, the fact that you're doing it yourself is what made it take so long and the process unique, this time."