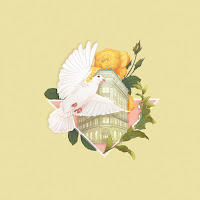 William Ryan Key, the former singer of Yellowcard, just released Virtue, his second EP of the year via Lone Tree Recordings. It following the debut EP Thirteen and several tours this year with acts such as New Found Glory and Mayday Parade.

"When I first started making my own music earlier this year, I wasn’t sure what to expect. I think Virtue is an expression of discovery, and a statement that I am finding my own sound," he says. "These songs have helped me navigate the beginning of this new chapter in my life, but they are also an invitation to all of you to join me as I move forward. Thank you for listening.”


As for the song “Downtown (Up North),” Key says working on it was "one of the coolest experiences of my musical career. For many years now, the music I listen to the most has been post-rock and instrumental. One of my favorite and most influential artists is Hammock. I’ve had the pleasure of getting to know Marc Byrd, one of the founding members, since I’ve moved to Franklin, TN. When I started writing for Virtue and had the demo for ‘Downtown’, I sent it to Marc and asked if he’d be interested in producing some cello for the song. I ended up getting to work with him and Hammock’s cellist, Matt Slocum [Sixpence None the Richer] on the track. I feel so lucky to get to work and collaborate with artists that inspire me."

While leading of one of the top alternative rock bands of the last two decades, he was able to feel the united front of his bandmates. But now, as a solo musician, Key has presented a vulnerable side.

“With Virtue, I wanted to explore and expand on the sound I’ve discovered both musically and lyrically," he says. "Similar to my first release, all of the songs came together in such a spontaneous manner. The recording sessions were very much driven by capturing what felt right in the moment, and moving on to the next idea."

Largely anchored in and around NYC landmarks (Broadway, The Bowery, The Turnpike, Downtown, and Upstate all make cameos), Virtue's instrumental track "The Same Destination” is something that Yellowcard has played with on past releases.

Like a proud father, looking back at his progeny, Ryan concludes, "I’m really proud of these songs, and I can’t wait for people to hear them.”